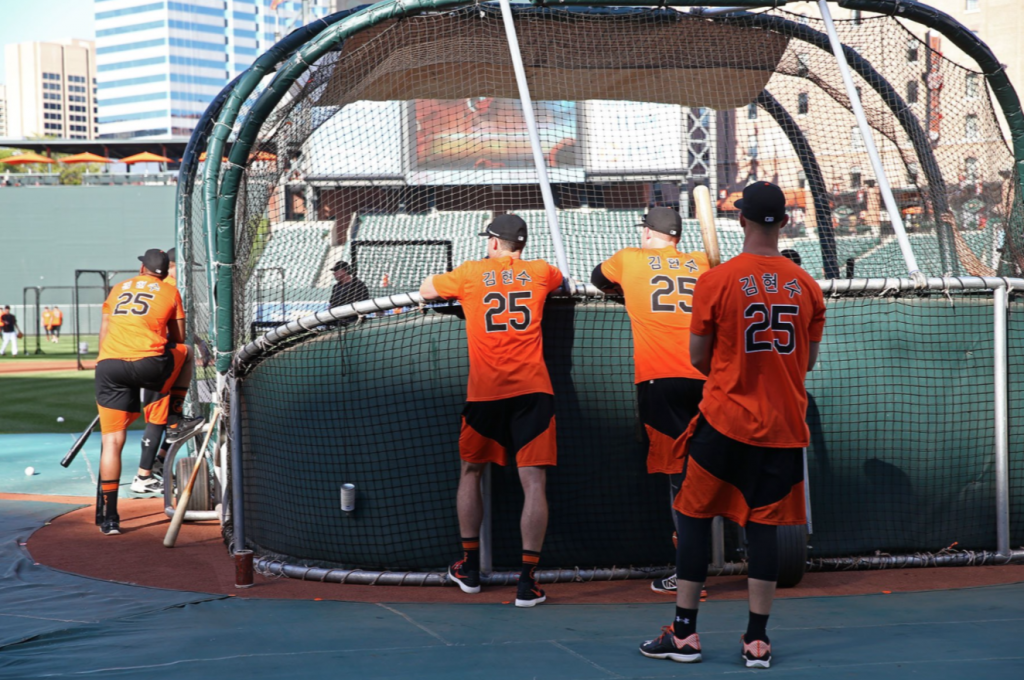 The American club also announced that it will be distributing the free jerseys to all fans attending Friday’s game against Arizona Diamondbacks. (image: Baltimore Orioles official Twitter)

SEOUL, Sept. 23 (Korea Bizwire) – Orioles players showed up to practice Thursday before their last Red Sox game, but not in their own t-shirts, instead wearing Hangul (Korean alphabet) jerseys of Hyun-soo Kim, the team’s left fielder.

The American club also announced that it will be distributing the free jerseys to all fans attending Friday’s game against Arizona Diamondbacks, the first game of last home series for the Orioles.

This is the second time that the Orioles held such an event for their fans this year, with the first being t-shirts of Mark Trumbo, who’s currently leading the season in home runs (43).

The front of Kim’s jersey features a stylized ‘Baltimore’, and the back, Kim Hyun Soo (with his number 25), both in Hangul. 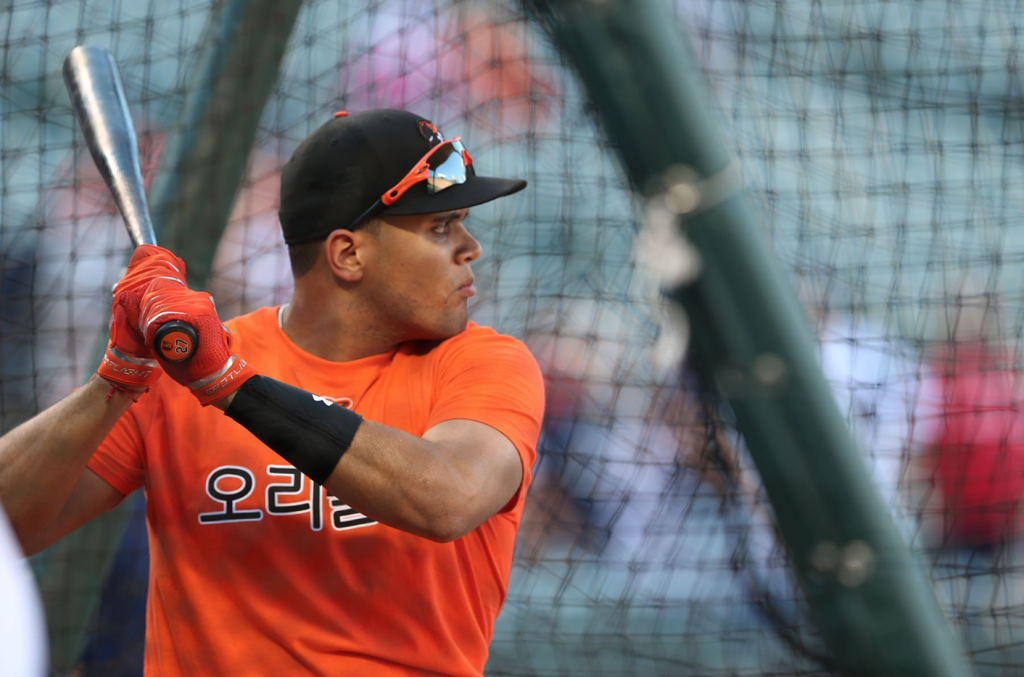 The former Doosan Bears player’s career with the Orioles hasn’t been easy.

His miserable spring training pushed the club and the manager Buck Showalter to persuade Kim to start his season in the minor leagues, but he invoked the terms of his contract, which guaranteed a spot on the team’s major league roster, and refused the demotion.

He made few appearances early in the season, but had enough of an impact to expand his role with the team, and now is a regular with avid support from fans who seemed to have turned their backs on Kim’s early-MLB career.

“I’m honored and very much grateful to the club for arranging such an event,” said Kim. “I’m really looking forward to it.”

Kim signed a two-year contract with the Orioles last December for $7 million.