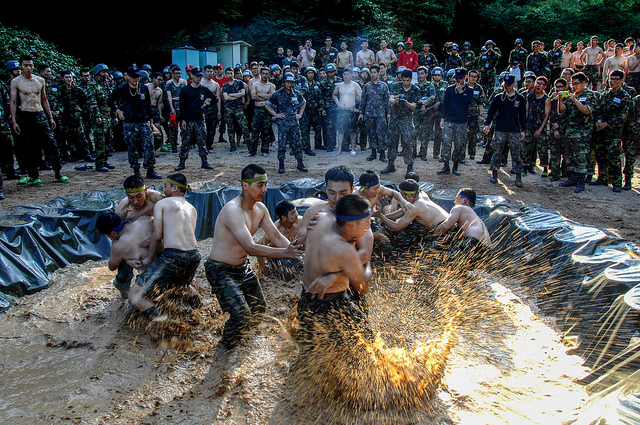 The purpose of the project is to prevent the enlistment of those who have a high possibility of causing problems within the military, or having difficulties in adjusting to military life. (image: ROK Armed Forces/flickr)

SEOUL, Sept. 14 (Korea Bizwire) - The Ministry of National Defense is planning to use big data to build a system that analyzes the characteristics of those who cause problems within the military and those who are at risk of committing suicide. It plans to use the system as a point of reference to weed out those who are not suitable for service.

However, the plan is being criticized even in the army, as evaluating individual soldiers using data and software will could generate antipathy from the soldier and his family. In addition, there is rising concern that the act will result in a violation of human rights.

The defense ministry revealed that since last month, it has been conducting research to develop a system using big data from the army lives of soldiers. It plans to finalize the project in April 2016.

The purpose of the project is to prevent the enlistment of those who have a high possibility of causing problems within the military, or having difficulties in adjusting to military life. The ministry plans to build a database and use it as a tool to analyze new recruits.

Officials from the ministry emphasize that the project is vitally important, and will use composite data that includes such metrics as the results of personality tests, personal information and forensic science, among others.

The condition of new recruits with under 100 days of service, condition of the consideration group, results of personality tests, history of punishment, combat power, usage of Help Call, and record of accidents and incidents over a five year period will be included in the big data system. In addition, the characteristics of those who committed suicide, those who were involved in accidents within the army, those who were rejected from army service, and those who have a record of entering Green Camps will be analyzed and used as data.

However, the military, as well as the Ministry of Government Administration and Home Affairs, are pointing out that there could be possibilities of human rights violations.

The Ministry of Government Administration and Home Affairs said that the personal data that the military plans to gather is beyond the realms of what is legally acceptable. “It will be difficult to gather, process and use personal data without the agreement of all the individuals who are related to it.”

The human rights division of the defense ministry also expressed their concerns. “The attempt to evaluate individual soldiers with data and software will surely antagonize soldiers as well as their families. Also, there are possibilities of human rights violations, and there is no guarantee of political freedom in agreements to use personal information.”

The Ministry of National Defense explained their stance in a bid to address the concerns of the other institutes. “We will find a legal basis that will allow us to gather and process personal data of the soldiers and commissioned officers. We will build an optimum application plan to use the gathered information. We also plan to establish a system that will analyze the big data of the ministry.”