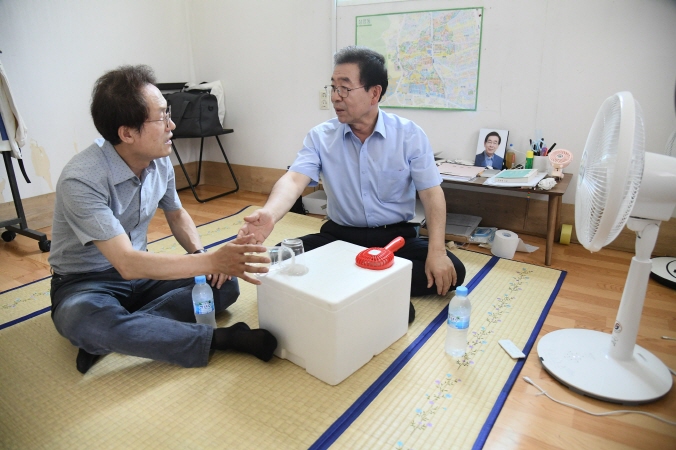 He coursed through the summer’s blazing heat with a single electric fan, gifted to him by South Korean President Moon Jae-in.

His modest lifestyle inspired many, particularly when a photo was released of the mayor’s home with a small styrofoam box filled with ice cubes.

The box was designed so that a breeze entering a small hole on the side of the box would then be released as cool wind from the other side.

BYMOM has been selling ‘heat tents’ in the winter for ordinary customers as well as supporting senior residents and members of other vulnerable groups.

BYMOM’s Ice Air Conditioner uses ice packs instead of ice cubes. Turning on the fan located on top of the product releases cool air for three or four hours. 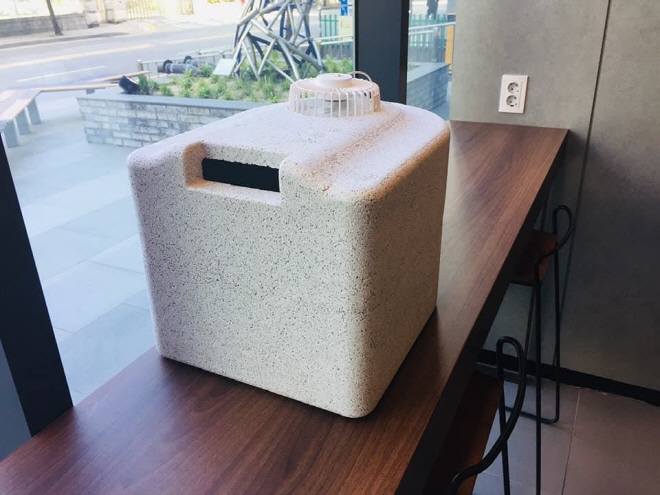 The refrigerator inside the product uses less electricity thanks to the ice packs that help maintain a cold temperature.

“Ice packs, while they can be recycled, were still being thrown out as waste,” said Kim. “A thought occurred to me that recycling what we have can help us spend a more enjoyable summer.”

Kim and Park have known each other for years.

“BYMOM won the 1st Seoul Innovation Award in 2014 for its heat tent, and the company currently supplies the tents to Seoul’s eco-mileage program as part of its incentive line-up,” Kim said.

“Maybe the mayor sent me the photo to make us realize that we can use heat tents for winter, and ice air conditioners for summer, as we more efficiently deal with energy and the environment.”

“The styrofoam cooler, as shown in the photo, was handmade. It allowed me to survive my rooftop years when temperatures were hitting 40 degrees Celsius.”