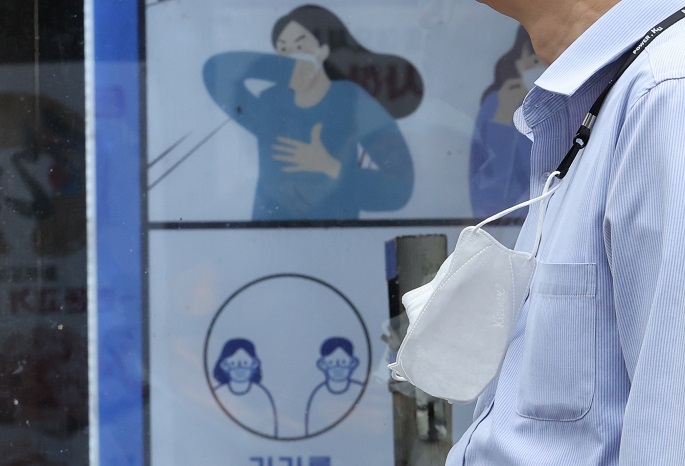 SEOUL, Sept. 30 (Korea Bizwire) — More than half of all South Koreans now believe it is unnecessary to wear masks indoors, a poll showed Thursday.

A research team from Seoul National University’s Graduate School of Public Health conducted a survey of 1,000 South Korean men and women, in which 55 percent believed that the indoor mask mandates can now be repealed.

Among those who thought that they had some health issues, however, only 38 percent believed it’s okay to take off masks indoors.

A majority of those who thought they were either ‘more or less healthy’ (61.7 percent) or ‘very healthy’ (54.2 percent) believed that the indoor mask rules can now be lifted.

Among the 439 respondents who said the indoor mask rules should be partially lifted, 45.8 percent were worried about the resurgence of the pandemic, followed by the consequences of lifting the mask rules on vulnerable groups (28.1 percent) and the impact on future generations, including the language and behavioral development of children (11 percent).