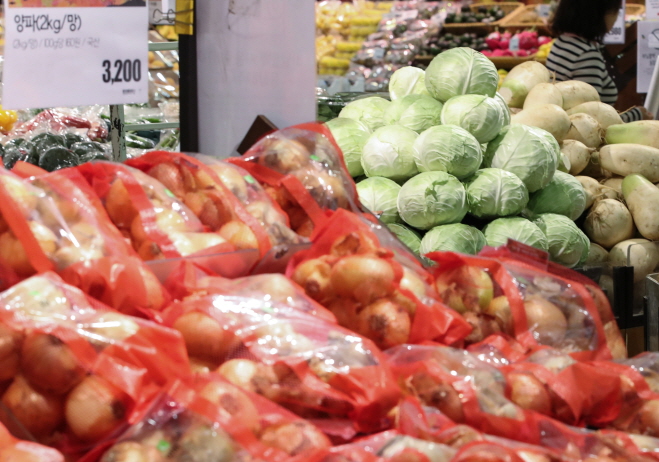 Industry watchers said the decrease is attributable to the rising amount of production from local farms. (image: Yonhap)

SEOUL, Jan. 27 (Korea Bizwire) — The average price of onions sold in South Korea fell sharply in January from a year earlier despite a decreased amount of imports due to the expanded supply from local farms, data showed Sunday.

According to the data compiled by the state-run Korea Agro-Fisheries & Food Trade Corp., the average retail price for a kilogram of onions came to 1,527 won (US$1.36), down 26.7 percent from a year earlier.

The wholesale price for the amount came to 640 won this month on average, down 5 percent on-month, the Korea Rural Economic Institute said.

Industry watchers said the decrease is attributable to the rising amount of production from local farms.

South Korea imported 29,000 tons of onions in the April-December period of 2018, which is lower than the average annual imports of 41,000 tons, the institution added.