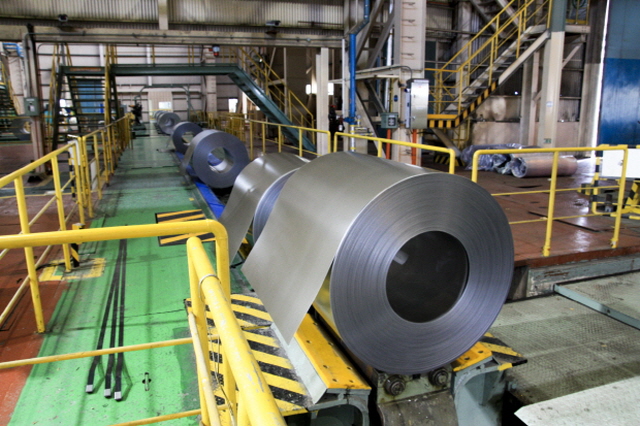 SEOUL, Jun. 13 (Korea Bizwire) — Escalating global protectionism, sparked by a Sino-American trade war, has put corporate Korea in a tight spot as it is feared to take a toll on exports, a key growth engine for Asia’s fourth-largest economy, industry sources said Friday.

The United States and China, the world’s two largest economies, have been at loggerheads over trade, which has had global repercussions. In the latest salvo against China, the Donald Trump administration this week unveiled an additional list of tariffs on US$200 billion worth of Chinese goods.

The action came just days after Washington levied punitive duties on US$34 billion worth of Chinese products and Beijing threatened to retaliate with equivalent tariffs on American goods. The U.S and China are South Korea’s top two trading partners.

Making matters worse, the European Union (EU) has joined the fray, announcing safeguard measures of its own.

On top of that, leading carmaker Hyundai Motor Co. and other Korean automakers are on high alert as the U.S. may be moving to impose 25 percent tariffs on imported vehicles.

Industry watchers voiced concern that the global trade dispute unfolding in the steel and auto sectors is likely to be felt hard by the South Korean economy, resulting in decreased industrial output and overseas shipments.

Taking the brunt of the trade row may be machinery makers and other manufacturers based in such places as South Gyeongsang Province in southeastern South Korea, as they supply parts or finished industrial products to Chinese companies for export to America.

Tangible damage from the dispute has yet to come to light, but there is a high possibility that shipments of Korean-made engines, pumps and air conditioners to the neighboring country may suffer setbacks down the road, according to the industry watchers.

Steel mills in the southeastern industrial city of Pohang are worried about the fallout from the EU’s recent decision to impose safeguard measures on steel imports in a bid to protect its steel industry following the U.S. tariff imposition. The preliminary decision calls for the EU to slap 25 percent duties on steel imports exceeding quotas allotted to each country.

Safeguard actions are taken to protect a domestic industry from a sudden surge in imports causing or threatening damage to domestic production.

Industry leader POSCO and Hyundai Steel Co. are South Korea’s main steel exporters to the economic union. Their exports to the EU account for some 4 percent of their output, but the envisioned safeguards are feared to trigger tougher competition in other areas of the world, dealing a further blow to other South Korean steelmakers.

Steelmakers based in Pohang have already been hit by Washington’s import quotas. America has set its import quota for South Korean steel at 70 percent of South Korea’s average exports from 2015-17.

The Pohang city administration estimates that Nexteel Co., Seah Steel Corp. and other regional steel mills have already suffered nearly 200 billion (US$178 million) in damage from the U.S. move.

POSCO has gone relatively unscathed due to its small exports to the U.S., but the company is worried that the EU’s invocation of the safeguard measures will inevitably put a dent in its overseas shipments. 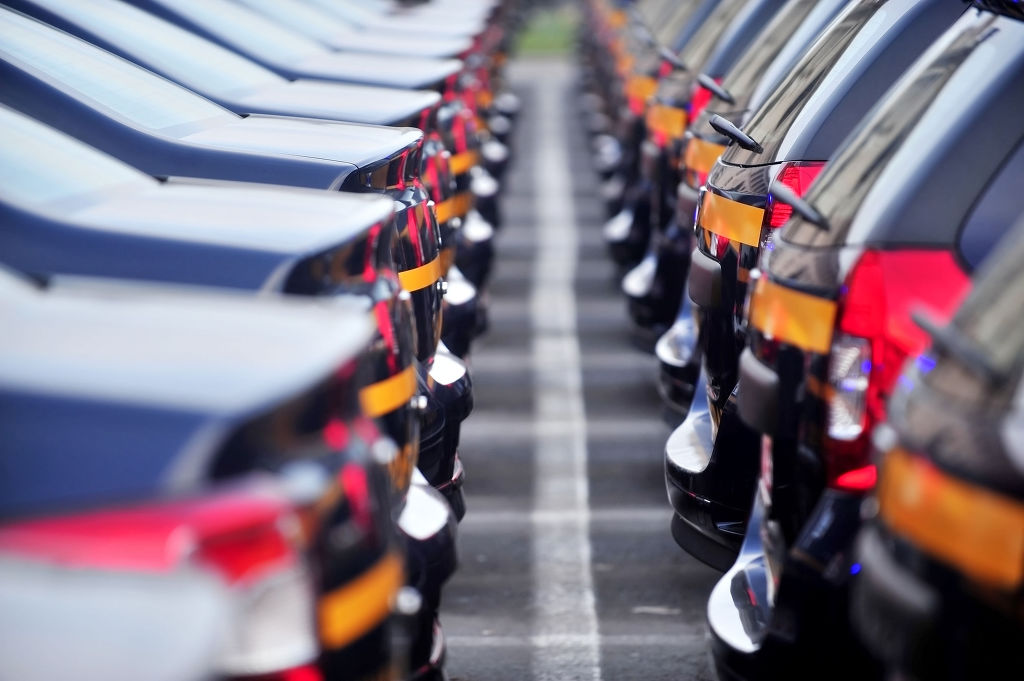 Steelmakers are not alone. South Korean automakers are steeling themselves for a U.S. move to impose 25 percent tariffs on auto imports, up sharply from the current 2.5 percent.

Hyundai Motor, which exports some 330,000 vehicles produced at its plant in the southeastern port of Ulsan to the key North American country, stands to lose big from the U.S. plan, which is expected to be finalized ahead of the November midterm election.

Some industry watchers painted a gloomy picture, saying Hyundai Motor’s exports to the world’s largest economy may more than halve.

Amid such concerns, Hyundai Motor’s labor union on Thursday called on the U.S. government to exclude South Korean carmakers from its plan to impose 25 percent tariffs on imported vehicles as it could lead to the loss of jobs at Hyundai’s Alabama plant.

“If Hyundai Motor is blocked from exporting its vehicles from its domestic plants and its financial status deteriorates, it may have to shut down its U.S. plant, which has hired some 20,000 local workers since May 2005,” the union said in a letter to the Donald Trump administration.

Hyundai Motor and its affiliate Kia Motors Corp. together form the world’s fifth-biggest carmaker by sales. Their combined output capacity in the U.S. reaches 710,000 vehicles.

Renault Samsung Motors Corp., headquartered in the southeastern port of Busan, and Kia Motors, which has a key plant in the southern city of Gwangju, also fear taking a hit from the possible U.S. action as they are highly dependent on exports.

The escalating trade war is widely expected to come as an additional burden to South Korea’s regional economies already hit hard by the ailing shipbuilding industry and the slowing national economy.

“Shipbuilders, the main flagship industry of Busan, have been ailing due to a tumble in overseas orders and stiffer competition,” a regional businessman said. “The regional economy may slip into greater hardship should the U.S. levy higher tariffs on auto imports.”

Escalating protectionism and its fallout have unnerved entrepreneurs in provincial cities and resulted in tumbling regional production.

A survey of 118 companies based in the southern industrial town of Changwon, taken by the local chamber of commerce and industry, showed they predict business conditions to remain in the doldrums for the fifth consecutive quarter.

According to a report by the regional office of the Bank of Korea, auto production in Daejeon and the surrounding South Chungcheong Province dropped 10 percent on-year in the first four months of this year, following a 12 percent on-year plunge in the fourth quarter of last year.

Against such a backdrop, local governments are prepared to provide as much support as possible to struggling automakers and parts suppliers.

“The U.S. has yet to make a final decision on higher import tariffs, but we are preparing to take measures to help boost their future competitiveness because actual tariffs could deal a harsh blow to them,” an official of the Ulsan municipality said.