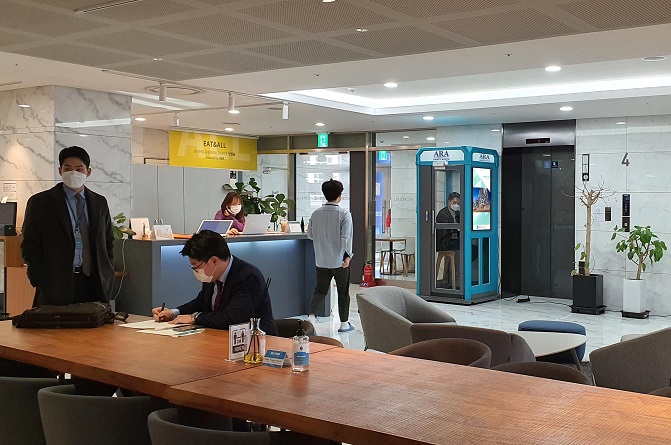 SEOUL, Feb. 9 (Korea Bizwire) — Public phone booths, seen as an outdated legacy of the past following the introduction of mobile phones, are turning into workspaces and playgrounds.

Named Ara Booth, these upcycled phone booths will be connected to the internet as well as high speed recharging stations to allow users to get their work done, watch movies, or play streamed games.

The booths will be designed to effectively cancel outside noise and control air quality.

The project will first begin its trial services in cafes and offices in Pangyo, Gyeonggi Province, home to several major IT businesses, before it is expanded nationwide.

It allows owners of two-wheel electric vehicles to replace old batteries with new ones in just 30 seconds.