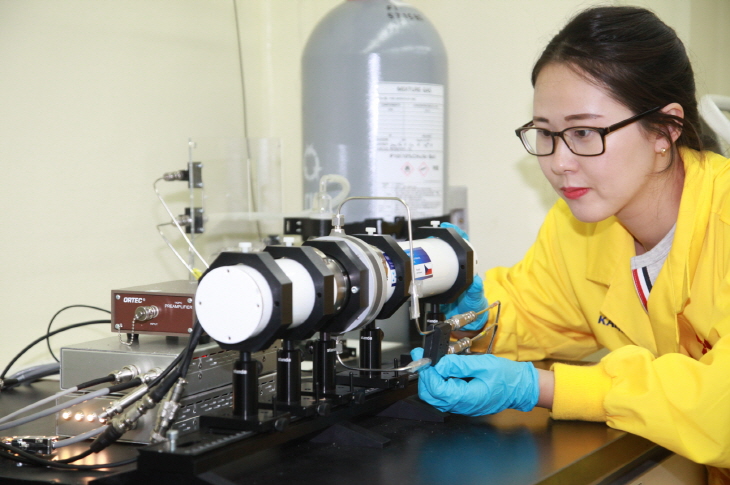 DAEJEON, Aug. 29 (Korea Bizwire) — Radiation technology has been introduced for the purpose of preserving the nation’s cultural artifacts.

According to the Korea Atomic Energy Research Institute, the Korean Society of Conservation Science for Cultural Heritage has decided to expand the use of the institute’s radiation technology to analyze and better protect traditional cultural assets.

There is an array of radiation technology that could be utilized for this purpose.

Neutron Activation Analysis determines the concentration of elements within a vast amount of minerals, which can be very useful for tracking the origin and chronology of excavated artifacts.

In addition, neutrons can be used to look beyond the artifact’s surface by making use of their penetrating power.

Meanwhile, Mossbauer spectroscopy is a spectroscopic technique that makes use of the Mossbauer effect, which allows scientists to obtain information on chemical shifts, electrovalence and hyperfine magnetic field.

This technique can help scientists to analyze the soil and glaze of ceramic objects in order to recreate them. Other radiation technology can help control insects and mold on wooden artifacts.

To make this all happen, the Korean Society of Conservation Science for Cultural Heritage inked an MOU with the Korea Atomic Energy Research Institute yesterday that would provide the former with access to the relevant radiation facilities belonging to the latter.

Ha Jae-joo, president of the Korea Atomic Energy Research Institute, said that the approach to preserving cultural artifacts at the institute is based on fundamental scientific research.

“We will strengthen our ties with our partners to provide stronger support leading to the preservation of cultural assets,” said Ha.

Earlier in the year, the institute signed MOUs with Kongju National University and Kookmin University to give the academic institutions access to the Atomic Energy Research Institute’s facilities, making it possible to better analyze and preserve cultural artifacts.