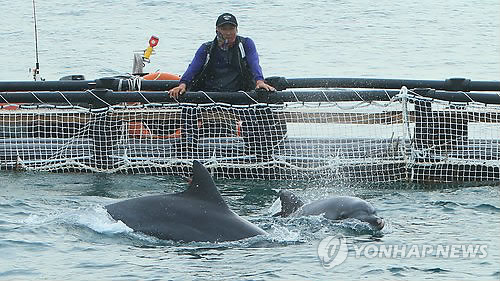 SEOUL, May 22 (Korea Bizwire) – Two Indo-pacific bottlenose dolphins, Taesan and Boksoon, who returned to their hometown sea in front of Jeju Island from Seoul Grand Park, are smoothly adopting themselves to the new environment, according to the National Fisheries Research & Development Institute. They are now in an enclosing net for their initial captivity-to-wild training since May 14.

In the early days in their enclosure in the sea, the dolphins appeared awkward, staying together and acting frightened by their prey. However, they became more comfortable with time. In just a week in the enclosure, they are actively hunting prey like Japanese amberjack, sand dabs and parrotfish, and developing hunting techniques. After two months of training in hunting and socializing with other dolphins, they will be finally released to the open sea. 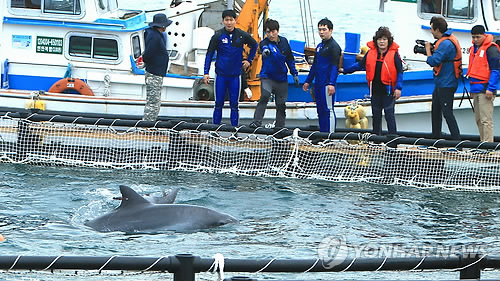 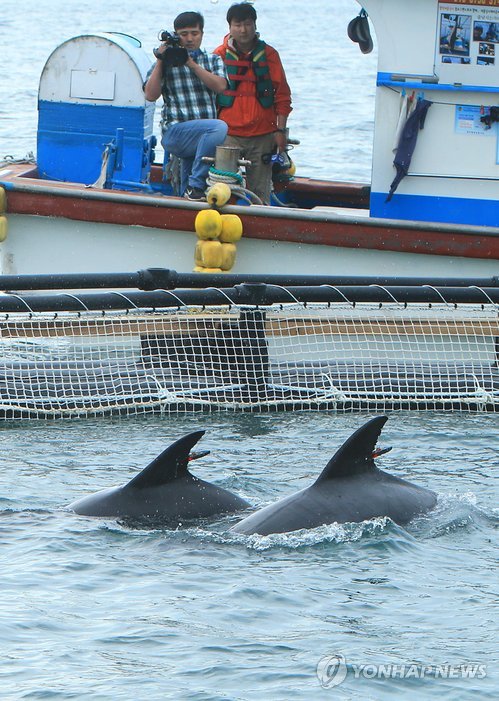