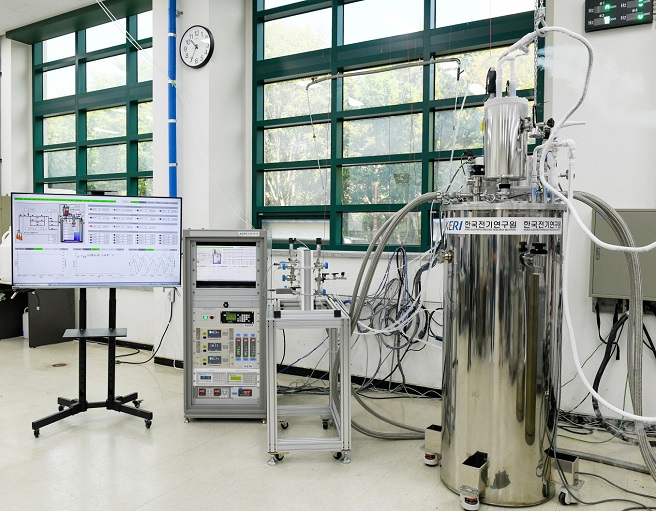 This photo provided by the Korea Electrotechnology Research Institute shows its hydrogen condenser.

CHANGWON, Oct. 14 (Korea Bizwire) — Korean researchers have developed new technology that can ensure the safe long-term storage of gaseous hydrogen by liquefying it at an extremely low temperature of -253 degrees Celsius.

The Korea Electrotechnology Research Institute said Wednesday that it had developed ‘Zero Boil-Off’ technology that enables long-term storage and production of gaseous hydrogen.

Even when hydrogen is gasified due to a change in temperature, the technology can condense it again by 100 percent using extremely low temperatures, and store it in a liquid state.

The research team recently succeeded in making 40 liters of liquid hydrogen and storing it for more than two months without any damage.

Liquid hydrogen is drawing attention as an alternative to hydrogen gas, which has an explosion risk due to its extremely high compression ratio.