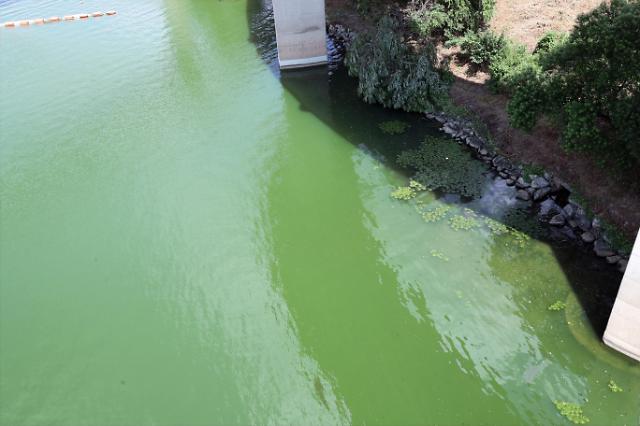 SEOUL, Apr. 23 (Korea Bizwire) — A government-run laboratory said Tuesday that it has discovered new bacteria that may offer clues to reducing harmful green tides in domestic rivers, lakes and streams.

The National Institute of Biological Resources (NIBR) affiliated with the Ministry of Environment said it has found a new microorganism called “amnimonas aquatica” from waters in the Han River and other places.

NIBR researchers expect that the new bacteria-type microorganism can be used to deter the growth of cyanobacteria, a key ingredient for green tides that are known to produce toxic effects on aquatic organisms.

The discovery has been made after a yearlong joint research project between the NIBR and a team of Seoul’s Chungang University professors led by Jeon Che-ok.

Cyanobacteria are dark cyan bacteria with chlorophyll. They are the only photosynthetic bacteria that produce oxygen. For environmental reasons, when cyanobacteria multiply, green tides occur.

The joint research team discovered amnimonas aquatica after isolating microorganisms that coexist with cyanobacteria in the Han River, Daecheong Lake, Wanssong Reservoir and five other locations.

The new bacteria were found to have a biosynthetic gene called lumichrome, which can be used to deter the growth of cyanobacteria.

“It is expected that the latest discovery can be applied to the development of new technologies to reduce green tides and produce bioenergy,” an NIBR researcher said.

South Korea’s four major rivers and lakes have long been plagued by harmful green tides, particularly in summer, which pose a threat to local aquatic ecosystems.