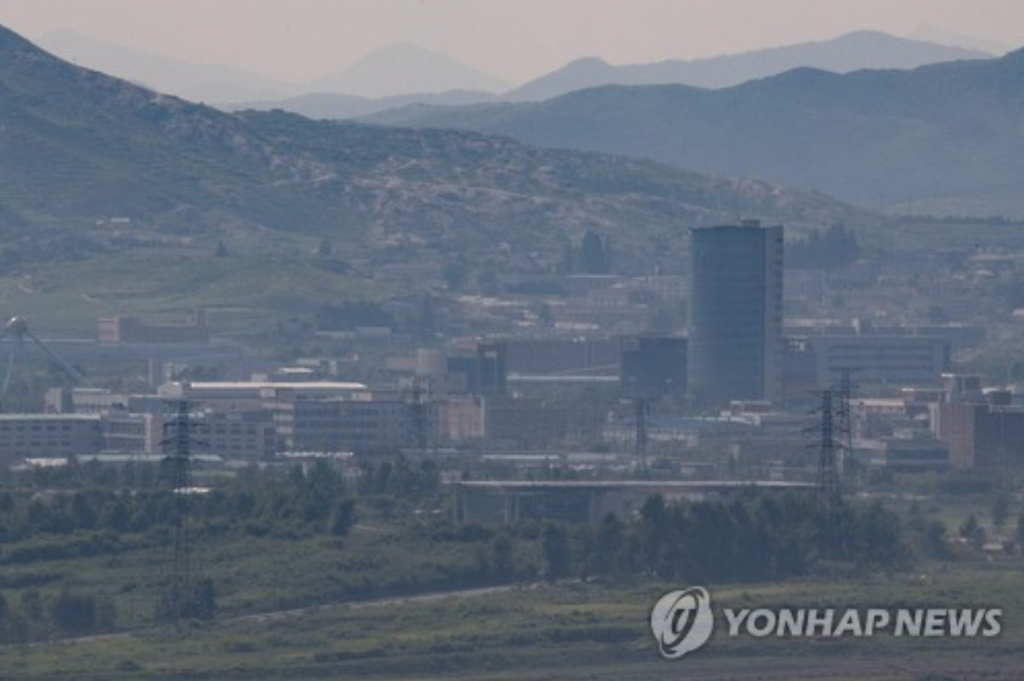 The shutdown of the complex may have caused 1.5 trillion won in losses, according to local firms, adding that the government’s financial support measures are not sufficient. (image: Yonhap)

SEOUL, Feb. 7 (Korea Bizwire) – A resumption of the now-shuttered joint industrial complex could spark a row over the breaking of the latest U.N. sanctions resolutions against North Korea, a government official said Tuesday.

With the shutdown of the Kaesong Industrial Complex marking the first anniversary this week, whether to resume the factory zone is emerging as a key issue, particularly among presidential hopefuls.

Seoul’s unification ministry said that North Korea’s commitment to ending its nuclear and missile programs should be prioritized before talking about whether Seoul should reopen the complex in North Korea’s border city of Kaesong.

“At a time when concerns about uses of money generated from the park are not dispelled, a possible resumption of the complex could spark a controversy that the move conflicts with the U.N. resolutions,” a government official said.

Seoul’s decision was made on the suspicions that a large amount of the money given as wages to North Korean workers was being funneled to the country’s ruling party to support Pyongyang’s nuclear and missile programs.

In the wake of the shutdown of the park, the United Nations Security Council imposed tough sanctions against North Korea in March and November in an effort to curb foreign currency flowing to the North’s regime.

The ministry said that even if the complex is resumed, South Korea cannot operate the same way as it did previously as the U.N. sanctions are zeroing in on curbing financial transactions with North Korea.

“North Korea has not stopped developing its nuclear weapons program. Against this backdrop, the resumption of the complex means that we, a key party to North Korea’s nuclear issue, will be seen as backpedaling on international efforts (to pressure North Korea),” the official said.

The government said that North Korea showing sincerity toward denuclearization will pave the way for the complex to be resumed.

“Even if the regime changes in South Korea, the re-opening of the complex would be difficult even if there is political will,” the official said.

The ministry said that it has identified some “attempts” by North Korean authorities to sneakily take out electronic goods including rice cookers from the Kaesong complex to sell.

U.S.-based media Radio Free Asia (RFA) reported last week that North Korea smuggled out rice cookers produced in the factory zone in mid-December and sold them to a businessman in China.

“The government has identified some attempts by North Korean authorities to smuggle out products made in the factory zone,” the official said.

One day after Seoul’s decision to close the factory zone, North Korea kicked out all South Korean nationals staying at the complex and froze their assets while designating it a military-controlled zone.