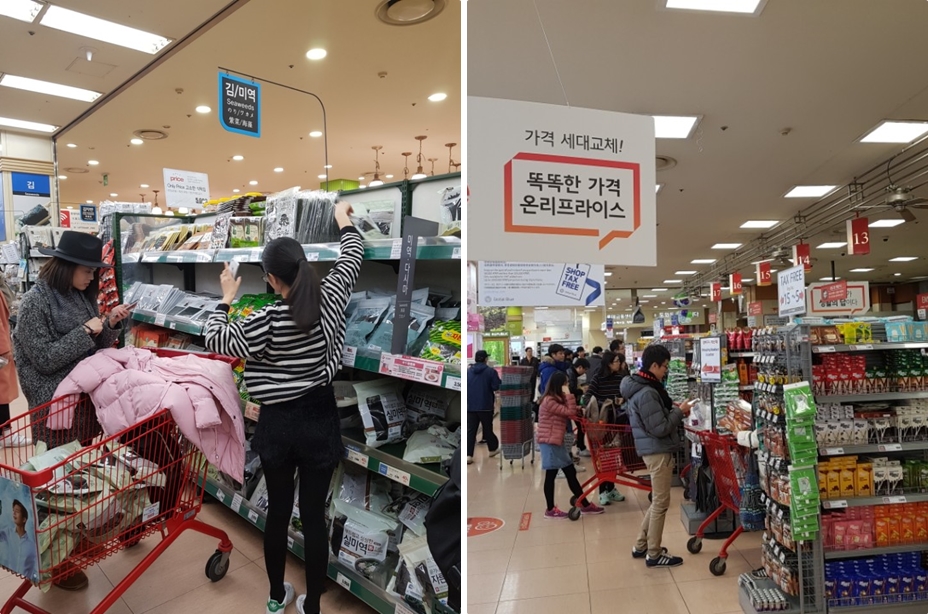 Local retail companies, such as Lotte and Shinsegae Group, began to sell a couple of PB products, including milk, in their outlets some 20 years ago after the country was hit hard by the 1997 Asian financial crisis. A prolonged slowdown following the global financial meltdown in 2008 drove up the demand for PB goods that has grown with time.

He said the domestic PB market is still in the initial stage of growth, with discount stores, super supermarkets (SSMs) and convenient stores planning to strengthen their product lineups to boost sales going forward.

The ratio of PB products accounted for one-fourth of combined sales at discount stores, SSMs and convenient stores as of 2014, but it still only accounted for 3.1 percent of total sales in the country’s overall retail sector, the researcher said.

Other market watchers said South Korea definitely appears to have big growth potential in terms of PB products compared with advanced markets. PB products accounted for 24 percent of total retail sales in Europe, 17 percent in Oceania and 10 percent in the United States in the same year, according to the KDI data.

Looking ahead, Lee said, “Most PB products are now composed of low-priced ‘Me-too’ products. But the demand for PB goods whose prices are lower than NB products but equal in quality is expected to lead growth.”

PB brands began with food and dairy necessities and now include clothes, laundry detergent, rechargeable batteries and even home appliances.

The KDI researcher mentioned the possibility that large retailers, such as IKEA and Lotte HiMart, will launch their own PB products to meet diversifying customers’ demands. 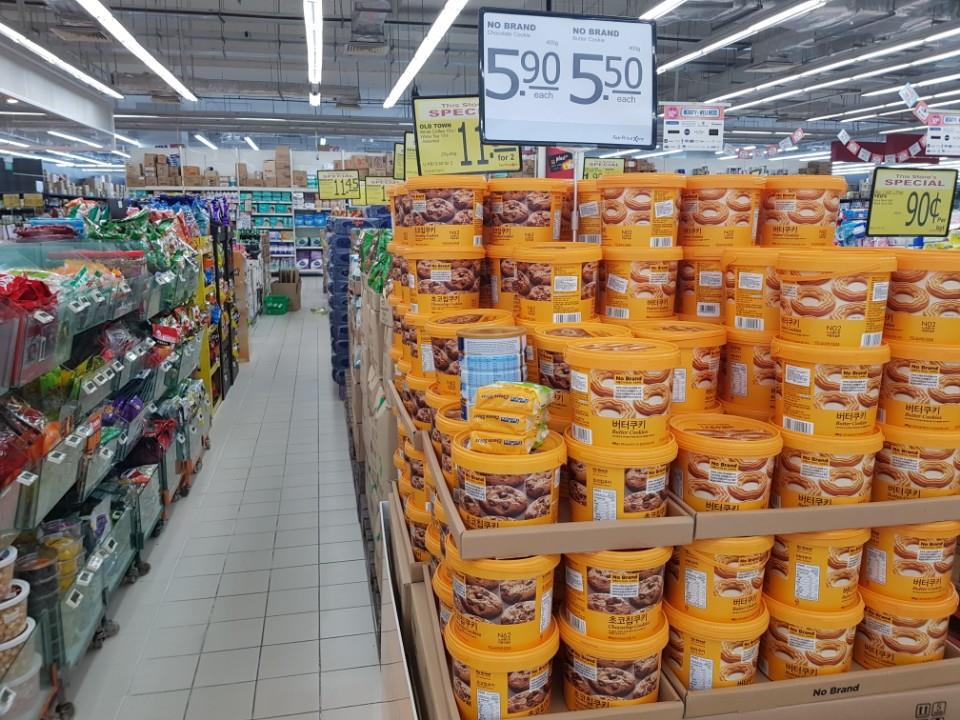 Emart’s No Brand PB products are on display at a Fair Prize Xtra discount store in Jurong Point, Singapore. (Yonhap)

Emart, Shinsegae’s discount store chain, was quick to come up with non-food PB items, such as an electric range and a light-emitting diode TV. It now earns 15-18 percent of its total sales from PB products.

The country’s biggest discount store chain said it plans to maintain the current sales portion of PB goods in the home market. Instead, it will increase exports of its PB products as part of efforts to secure a long-term growth engine.

In contrast, Lotte Mart, the discount store chain under Lotte Group, said it will increase the portion of PB sales at home, while operating a task force team to control the quality of PB products.

Lotte Mart currently earns about 25 percent of its total sales from PB products.

Retailers definitely appear to be bent on providing PB products at lower prices to lure customers. But they are also focused on making higher profit margins from the sale of PB products by pressuring their manufacturing subcontractors to churn out PB goods at as low as possible prices.

Such a push has often led to quality issues in some PB items, with some consumers not happy with certain products.

There are those who claim that PBs are acceptable due to low prices although others said their quality needs to be improved to meet consumer demand.

“It depends on items. Non-food PB products, such as toilet paper and laundry detergents, are a very good choice for me. But I don’t want to recommend instant noodles and snacks due to the low quality of their ingredients,” Linda Chung, a Seoul-based 31-year-old movie reviewer, said in a recent interview.

Joan Cho, a 42-year-old interpreter, said she has used PB items thinking they meet the retailer’s quality standards and specifications because its name or symbol is on the package.

“PB items should consist of at least similar quality of ingredients as manufacturer brands to stay on the shelves,” she said.

Big retailers making such products are aware of the demand and plan to focus on steadily doing more to deal with quality issues, even though they need to balance that with keeping prices low.

One thought on “Retailers Bet Big on Private-label Brands”