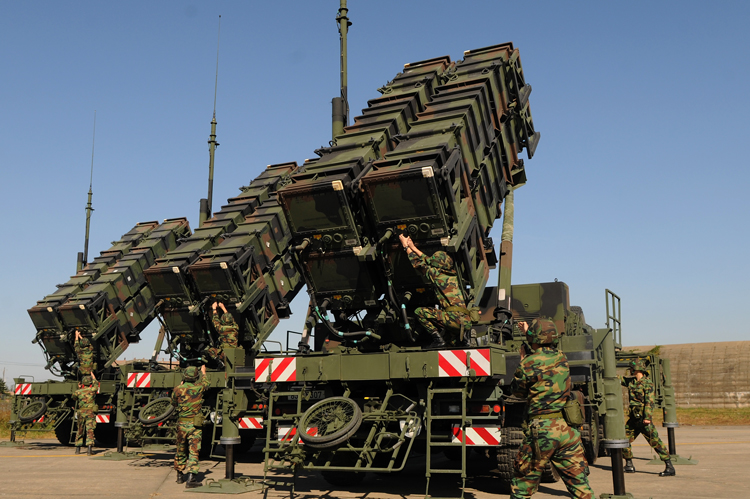 South Korea is pushing for the establishment of a “three-axis” platform to help defend itself against North Korea’s growing nuclear and missile threats. The three elements are the Kill Chain pre-emptive strike system, the Korean Air and Missile Defense (KAMD) and the Korea Massive Punishment and Retaliation (KMPR) strategy.

South Korean President Moon Jae-in has pledged to complete the program as early as possible, since it’s a precondition for the transfer of wartime operational control (OPCON) of his troops from the United States.

“Our military will make efforts on various ways including the build-transfer-lease (BTL) system to set up the capabilities to counter North Korea’s nukes and missiles as early as possible, which include the three-axis scheme,” Moon Sang-gyun, spokesman for the Ministry of National Defense, said at a press briefing.

A legal review is required for the military’s adoption of the privately funded BTL, he added.

The Moon administration hopes to wrap up the three-axis program by the early 2020s as it seeks to regain OPCON within its tenure, which ends in 2022. But there are concerns about the budget.

Announcing its midterm defense strategy in April, the ministry said it aims to pour 10.2 trillion won (US$8.9 billion) between 2008 and 2022 into the three-axis plan. It’s uncertain whether the military will be able to secure the bulky budget within the timeframe.

South Korea was supposed to take back OPCON at the end of 2015. The transfer has been postponed indefinitely as the allies agreed to seek a “conditions-based” transition.

A new deadline for the transfer is expected to be high on the agenda when their defense chiefs meet in Seoul this fall for their annual Security Consultative Meeting.

South Korea handed over OPCON to the U.S.-led U.N. forces shortly after the outbreak of the 1950-53 Korean War.

Under the BTL system, private builders are allowed to construct public facilities at their own expense and lease them for a certain period before eventually transferring ownership to the government.

Meanwhile, Moon said there’s no reply yet from the North to the offer of bilateral military talks.

A day earlier, the ministry proposed the rare tension-easing talks be held Friday at the border village of Panmunjom.

“We will monitor North Korea’s response and take corresponding additional measures,” the official said without elaborating.