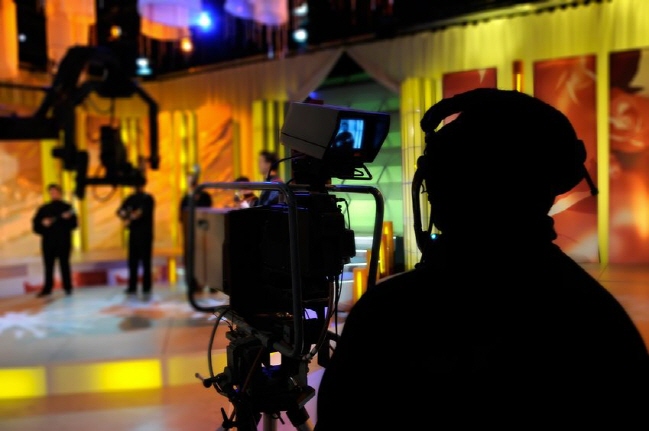 SEOUL, Nov. 5 (Korea Bizwire) — With South Korea on its way to returning to normal from COVID-19, local broadcasters are set to resume the recording of their programs with a studio audience for the first time in nearly two years.

Cable channel tvN said Friday that its long-running skit show “Comedy Big League” will be filmed in front of an audience next Tuesday for the first time in about 20 months.

Due to COVID-19 restrictions on gatherings, the prime nighttime program on Sundays has been forced to conduct tapings without live spectators since Feb. 25 last year.

It has adopted virtual audiences, while live applause and laughter were replaced with canned laughter.

State-run KBS TV said its new sketch comedy show “Gaeseungja” will be recorded in the presence of an on-site audience over the weekend before its premier on Nov. 13.

And the TV station’s other music shows, including “Open Concert,” “Immortal Songs” and “You Heeyul’s Sketchbook,” will be broadcast for a studio audience starting in mid-November.

The programs have been recorded without in-person spectators for nearly two years since the outbreak of the COVID-19 pandemic.

Such moves came as the South Korean health authorities have allowed public concerts or fan events to be held with up to 500 fully vaccinated people as part of the nationwide “living with COVID-19″ scheme, starting in November.

The broadcasters said they will do their best to comply with hygiene rules to prevent possible transmission among the cast and the audience, requiring all visitors to present a vaccination certificate or negative test result.

“It is worrisome to some extent, but we have to get familiar with the process,” said culture critic Jeong Deok-hyeon.

“A live audience is expected to create energy and increase communication in the studio with actors on the stage, which have been rarely seen during the pandemic.”