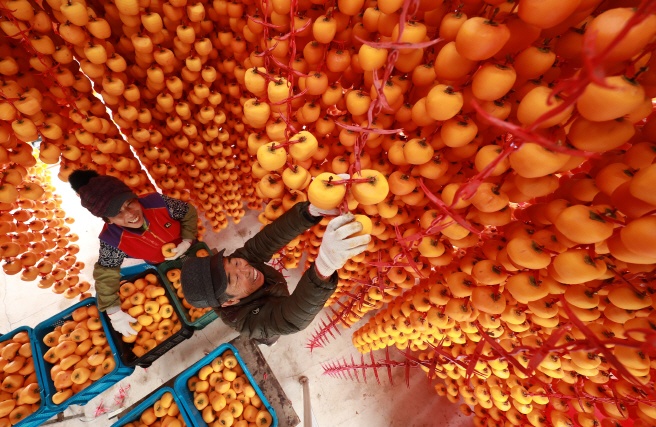 When making dried persimmons, one must pick and peel off the skin before the fruit is ripe. Dried persimmons are characterized by a sweet taste and a chewy texture.

Dried persimmons, which were a typical winter food, were excellent nutritious snacks in the old days when there were few snack options.

Dried persimmons are said to have a rich voice in oriental medicine, and are effective in reducing coughing and the buildup of phlegm. In addition, they are also good for children’s diarrhea. 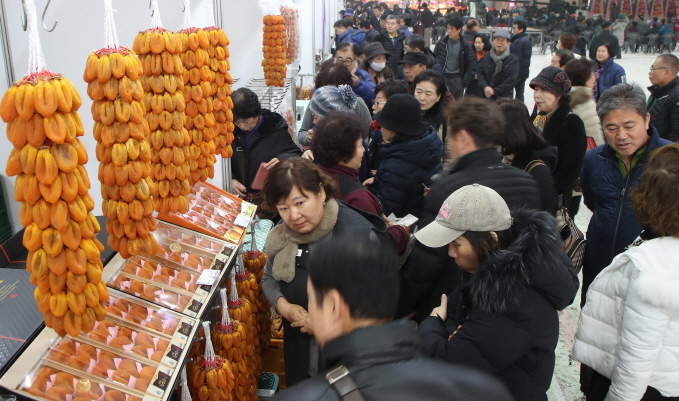 Revenue from sales of dried persimmons, apples and onions nearly doubled to 1.12 billion won (US$960,550) this year from 619 million won last year.