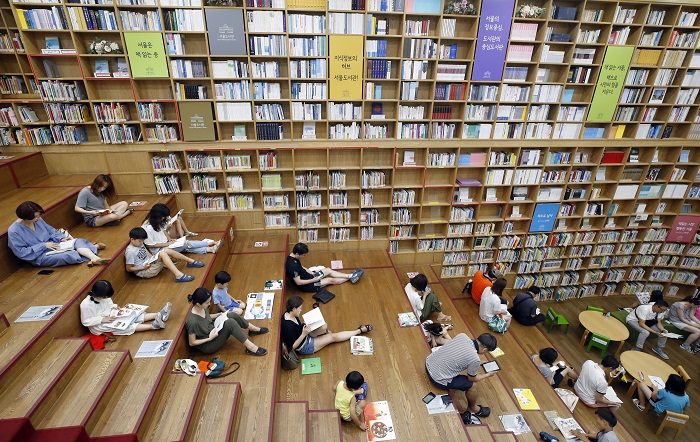 A public library in Seoul (Yonhap)

SEOUL, June 8 (Korea Bizwire) — Sales of Korean novels achieved record high growth in the first half of this year amid the prolonged pandemic, the country’s biggest bookstore chain said Tuesday.

According to Kyobo Book Center’s analysis of best sellers and book sales trends for the first half of this year (from January 1 to June 6), five novels, including three Korean novels, ranked within the top ten best sellers.

In addition, the presence of Korean literature is growing widely in the world as local translations have won or been nominated for multiple prizes from literature awards outside of the country.

The number of Korean literary works that it had supported for publishing in foreign countries over the past five years marked an annual growth rate of 10 percent, according to the Literature Translation Institute of Korea.

A total of 186 Korean literary works were translated last year, and about 200 are expected to be translated this year.