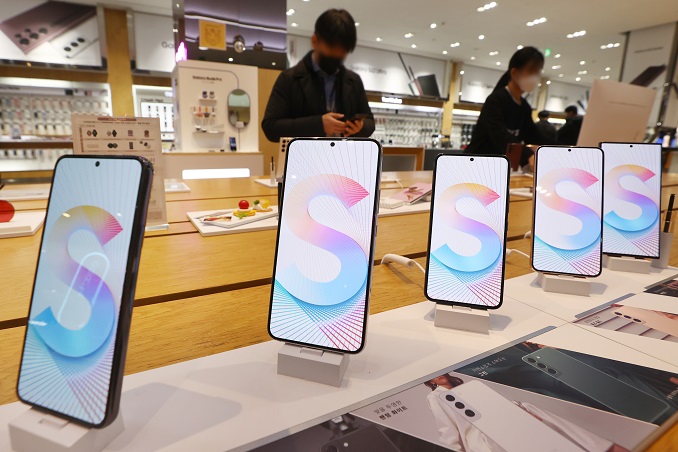 Customers experience new models of the Galaxy S22 phones at the promotional hall of Samsung Electronics Co. in Seoul on Feb. 14, 2022. (Yonhap)

SEOUL, March 7 (Korea Bizwire) — To embrace user complaints over the slowdown in the performance of the Galaxy S22 smartphones series when game apps are running, Samsung Electronics Co. decided to give users a choice.

The company issued a notice through the Samsung Members app that it will update its software to enable users to select whether or not to apply the game optimizing service (GOS) function for the Galaxy S22 series.

At present, the GOS automatically launches when game apps are running, regardless of user intent. However, the software update will add a ‘performance mode’ to allow users to select whether or not to activate the GOS function.

However, other safety functions, including the interruption of functions in case of extraordinary overheating, will remain active.

The decision to update the GOS software came after some users complained that when they run games on Galaxy S22, the speed of the device slows or the screen graphics are not smooth.