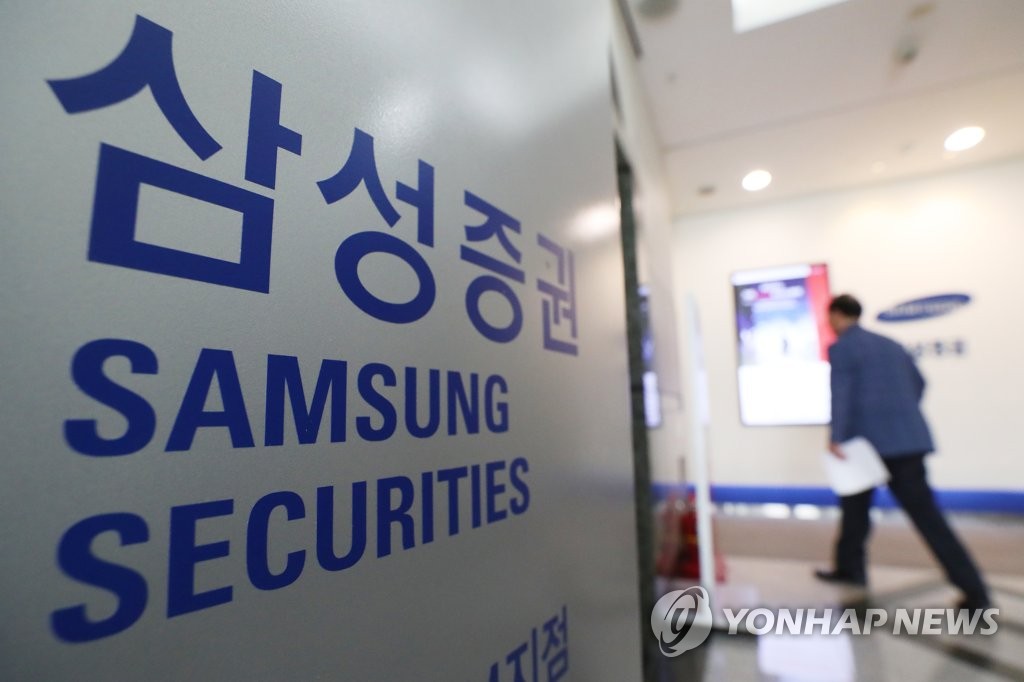 Samsung Securities is advised to face a six-month suspension of its services to new investors to hold it accountable for flaws in its internal control system that caused the massive stock trading error. (Image courtesy of Yonhap)

SEJONG, June 23 (Korea Bizwire) — The financial watchdog’s punishment against Samsung Securities Co. over its fat-finger error will not make a financial dent, but it could weaken its market position in the long run, experts said Saturday.

On Thursday, the Financial Supervisory Service (FSS) decided to recommend that Samsung Securities should face a six-month suspension of its services to new investors to hold it accountable for flaws in its internal control system that caused the massive stock trading error.

Over the course of paying dividends to its employees in April, one Samsung official mistakenly typed 1,000 shares instead of 1,000 won (US$0.90), leading to the accidental issuance of 2.8 billion “ghost shares” worth around 112 trillion won.

Despite repeated advisories about the mistake, 16 employees quickly sold off a combined 5.01 million shares, causing market chaos and financial losses for investors.’

“The restrictions being imposed seem quite strong compared to those for previous similar cases,” said an expert at a local financial firm, requesting anonymity.

“The authorities appear to put forth the strongest possible options, excluding the cancellation of its business license, factoring in simmering public uproar over the moral hazard of the employees at one of the country’s top brokerage firms,” the expert added.

But such a partial halt regarding new customers will not be crippling to Samsung in light of its strong customer base, according to other experts.

“It is less likely for the existing customers to leave the firm in earnest over this case, particularly retail investors, though it remains to be seen if institutions and large-scale business entities will break off with Samsung,” an analyst said, adding that Samsung Securities has enjoyed a constant increase of new customers even after the dividend error case. 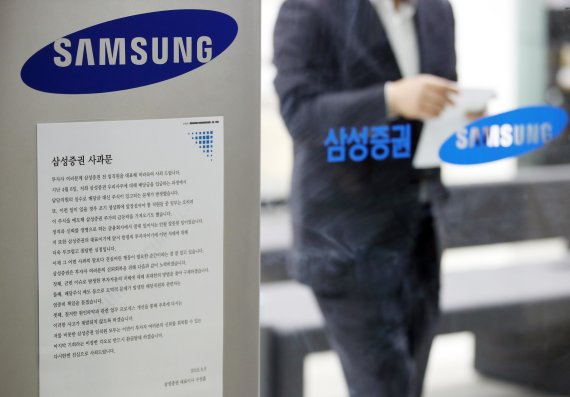 Samsung Securities is advised to face a six-month suspension of its services to new investors to hold it accountable for flaws in its internal control system that caused the massive stock trading error. (Image courtesy of Yonhap)

“Despite Friday’s fall, investors would rather take the issue as a short-term market moving factor amid hopes for the improvement in its yearly performances,” said Im Hee-yeon, an expert at Shinhan Investment, noting that the brokerage is forecast to see its operating profits jump 70.8 percent on-year to 533.5 billion won in 2018.

“The FSS’ decision would actually erase uncertainties over the securities firm, so I expect its stock prices to gain upward momentum,” she added.

In its latest decision, the FSS also recommended that the firm’s chief executive Koo Sung-hoon and former acting chief Kim Nam-soo should be suspended from their posts, while banning two other former executives from seeking other jobs in the financial industry for the next five years.

But many market insiders said that they would face lighter punishment in the end, considering the fact that they had served their posts in Samsung Securities for quite a short period of time when the fat-finger error took place.

“Kim and two former executives already left the brokerage for the group’s personnel transfer and retirements, so this decision regarding the executives will not have direct impacts on Samsung’s management,” one analyst noted.

In the long-run, however, this fat-finger incident will incur damages to the company.

“Even with Samsung being punished, its immediate financial losses will be limited. But in accordance with the Capital Market Law, the partial suspension means Samsung shall not be entitled to apply for the approval of new businesses over the next two years,” said KB Securities expert Lee Nam-seok.

“Possible impacts from its tarnished image and weakened brand value would weigh on the firm in this highly competitive industry,” he added.

Samsung Securities, meanwhile, did not make any official comments, simply saying that “relevant issues will be made public after the Financial Services Commission (FSC) finalizes its restrictions.”

The final decision by the authorities against Samsung Securities is due next month.