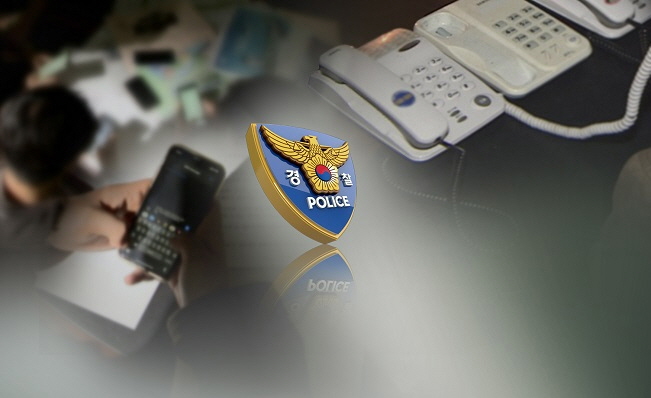 Lately, more blatant ‘face-to-face phishing’ cases are on the rise, contributing to the volume of phishing damage, with losses estimated at more than 700 billion won (US$588 million) nationwide last year alone (about 26,000 cases reported), according to data revealed by the Seoul Metropolitan Police Agency’s financial crimes investigation unit.

Samsung and the NPA signed an agreement on Wednesday in which the technology powerhouse will develop an artificial intelligence (AI)-based system to identify and protect against voice phishing schemes; and the NPA will offer a trove of related data collected and analyzed using the hundreds of thousands of phishing cases already reported.

In the early days when the term ‘voice phishing’ was still unfamiliar with the public in general, fraudulent phone scams impersonating the National Tax Service were the most common type of phone scams.

These phishing cases emerged, reportedly, in 2006.

Since then, such imposter scams have evolved to impersonating other ‘credible’ persons beyond tax officials such as staffers with financial agencies or police officials.

Recently, phishing impersonating a family member or acquaintance are very popular among the scammers, since the widespread use of smartphones makes it easier to send ‘looking-real’ messages, with scammers pretending they are in emergency situation and tricking the victim into sending money via the device.

Pyo Chang-won, a criminal psychologist, said, “The scammers are doing a great deal of study to make more people fall for scams. In the case of phone scams, they would induce a victim to concentrate on the conversation, not to be distracted at all.”

“Intriguingly they have showed a strong propensity to use particular words like ‘by any chance’ or ‘for now’ over the phone. People tend to focus on what the other party is saying when hearing these words,” explained Pyo, who was also a ruling Democratic Party lawmaker and one of the first criminal profilers in the nation.

Through the collaboration with the NPA, we will work harder to develop more advanced technologies to prevent phishing scams in advance.”

Kim Chang-ryong, the commissioner general of the National Police Agency, said, “This public-private collaboration in which Samsung Electronics, a world-leading technology powerhouse, has partnered with the police is an exemplary case of a scientific security area.”