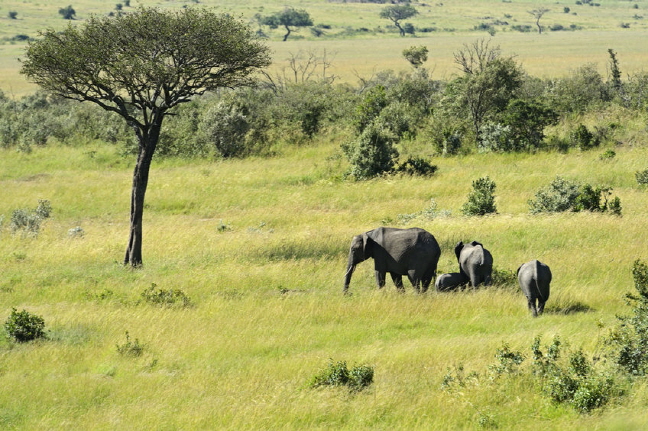 In the past the scientific community knew that Africa was the birthplace of humans, but the exact region could not be determined with fossil evidence alone. (image: Korea Bizwire)

SEOUL, Oct. 29 (Korea Bizwire) — A team of scientists from South Korea, Australia and South Africa verified through DNA screening that the most recent common ancestors of modern humans originated from the Kalahari region of Africa, a state-run research institute said Tuesday.

The scientists, including Axel Timmermann, director of the Center for Climate Physics at the Institute for Basic Science (IBS), and Lee Sun-seon of Pusan National University, confirmed people emerged from southwestern parts of Africa around 200,000 years ago.

Some of these people then migrated northeast towards present day Tanzania some 130,000 years ago, with others moving southeast into what is now South Africa 110,000 years ago.

IBS said the latest joint research is noteworthy because it shows exactly where modern humans came from.

In the past the scientific community knew that Africa was the birthplace of humans, but the exact region could not be determined with fossil evidence alone.

“Researchers from the three countries made their report by finding 198 new individuals who descended from people with haplogroup L0 in their mitochondrial DNA and matched this with 1,019 people with the same lineage who were already known to scientists,” the state-funded institute said.

It said the expanded database allowed for a new human ancestry timeline to be created that incorporates rare variants of the haplogroup and also takes into account linguistic, culture and geographical distribution of the sample people to discover the starting point and migration route of early humans.

“In effect, the latest findings have helped to rewrite the history of early man,” the institute claimed.

In addition to the DNA evidence, the researchers collected vast amounts of information on marine sediments and other materials on ancient environmental conditions and discovered that an axial precession, or the shift in the orientation of Earth’s axis, occurred at the time of the migrations, affecting rainfall in Africa.

This development created whole regions abundant in vegetation that made places hospitable for humans, it said.

The joint endeavor has been published online in the latest issue of the prestigious scientific journal Nature under the title “Human Origins in a Southern African Palaeo-Wetland and First Migration.”

IBS said that following this achievement, the research team plans to further advance its DNA search to determine how and when humans moved to other parts of the world and if climate change played a role in such a migration.