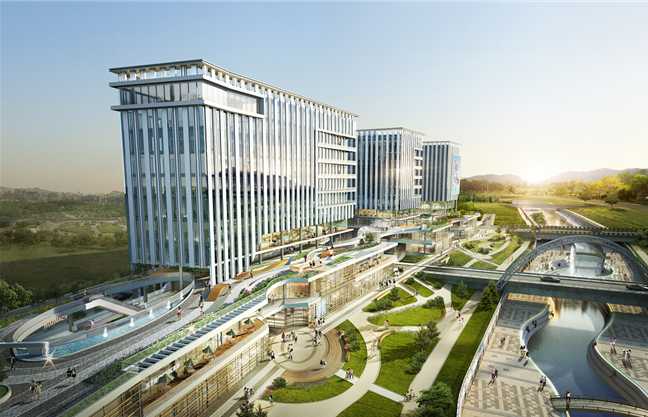 Unlike any other public biddings selecting ones offering lowest prices, the latest bidding was based on past performance in design, tenant sign-up and financial soundness. (image:MACCA)

SEOUL, Nov. 5 (Korea Bizwire) – An upscale open-street shopping mall will spring up along the Bangchuk Stream in the Sejong metropolitan autonomous city by 2017.

The Multifunctional Administrative City Construction Agency said on November 3 that it signed land sale contracts with four final bidders. Since August this year, the agency has invited bidders to build luxury commercial spaces in order to upgrade the city’s image.

As a result, it finally picked four builders including Hyuga Construction, KT&G, Naseong Construction, and D&C Construction. Unlike any other public biddings selecting ones offering lowest prices, the latest bidding was based on past performance in design, tenant sign-up and financial soundness.

The shopping mall will also feature a 500-meter riverside high line just like the High Line, the linear park in New York City.

The commercial area will be built in a 45,340-square-meter site along the Bangchuk Stream from south to north. The six 8-to-13-story buildings will host 90 different brands as well as a Ramada Hotel, a multiplex theater, and a hospital.

Lee Choong-jae, chairman of the construction agency, said, “We successfully introduced a new bidding scheme to invite builders to the construction project for a shopping area in our city. We want to make it a model case for other cities to benchmark.” 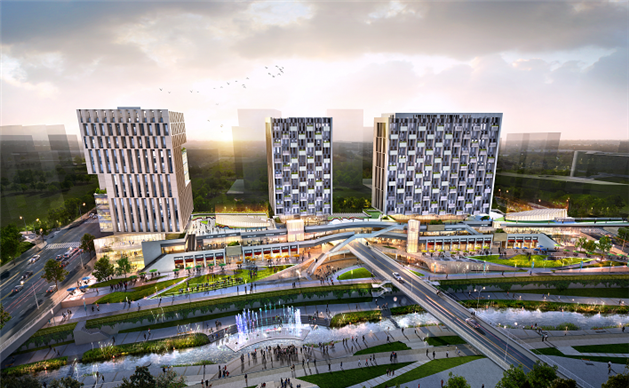