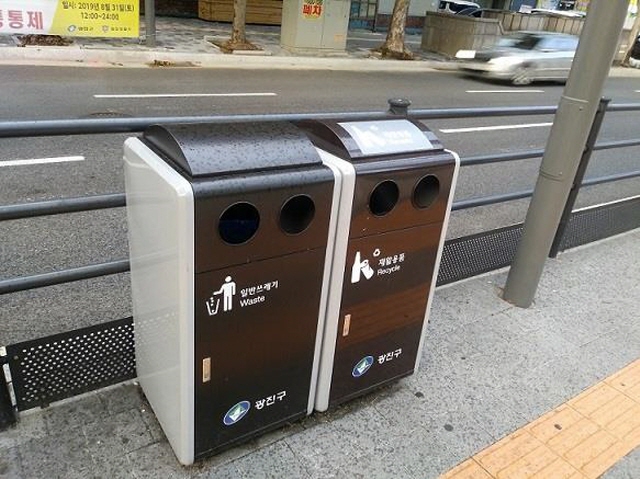 The city has been installing horizontal trash cans at bus stops and other areas with dense floating populations. (image: Seoul Metropolitan Government)

SEOUL, Nov. 7 (Korea Bizwire) — Various opinions are pouring in over the expansion of the number of sidewalk trash cans in Seoul.

Participants in a forum held at Seoul City Hall Wednesday shared the need for a mature sense of citizenship to resolve the trash can problem, but disagreed on whether to expand it or not.

For now, working-level officials do not support expanding the number of trash cans.

On the other hand, Kim Go-woon, an associate researcher at the Seoul Institute, said, “Considering the changes in the lifestyle of citizens, local authorities have the responsibility to help people easily throw away garbage and provide facilities for it to be recycled,” adding to the need to expand the number of trash cans.

The city has been installing horizontal trash cans at bus stops and other areas with dense floating populations.

However, there have been side effects such waste being mixed in with recyclable resources.

“Based on opinions from the forum, we will try to come up with improvements that citizens can feel,” a city official said.