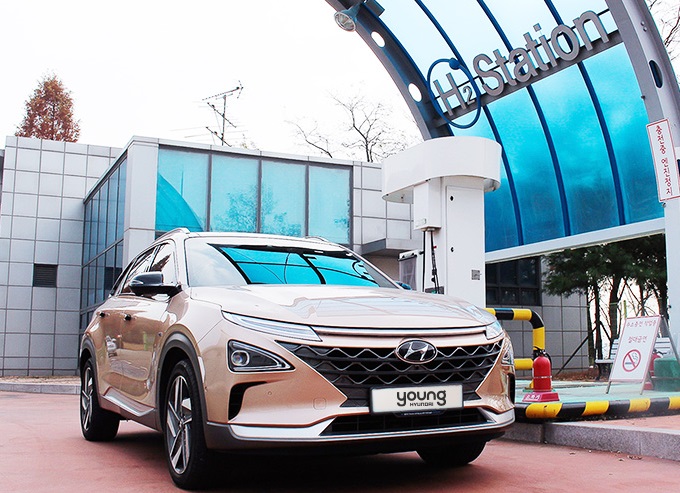 SEOUL, Oct. 24 (Korea Bizwire) — The Seoul metropolitan government aims to have more than 4,000 hydrogen fuel-cell vehicles (FCVs) on its roads by 2022 as part of efforts to increase demand for environment-friendly cars, city officials said Thursday.

To this end, the local government also plans to increase the number of hydrogen charging stations to more than 15.

Seoul Mayor Park Won-soon has made a hydrogen fuel-cell car his official car.

He rode a fuel-cell car to attend a forum of mayors the same day in the South Korean capital to discuss ways to deal with climate change and promote Seoul’s will to expand the use of environment-friendly cars.

The local government, which had 591 fuel-cars last year, hopes 1,854 fuel-cell cars will be in service next year, with the number of hydrogen refueling stations to be increased to 10 from the current four.

Fuel-cell vehicles, powered by electricity generated through a chemical reaction between hydrogen and oxygen, generate no toxic exhaust gases and emit only water and air as a byproduct.

But the high cost to build a hydrogen station, coupled with the higher prices of FCVs, makes it hard to reach the mass market.