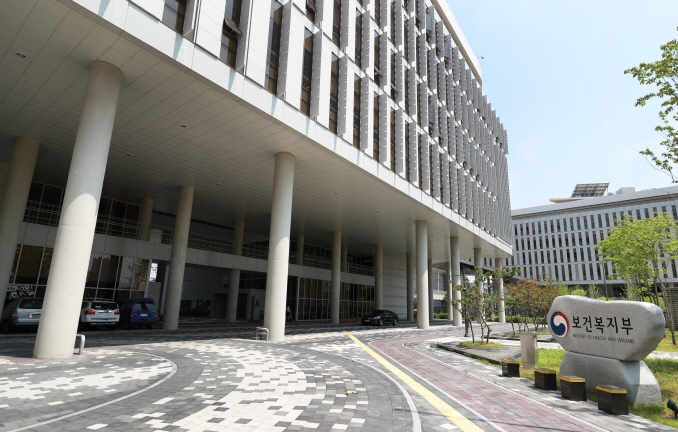 The Ministry of Health and Welfare in the administrative city of Sejong, South Korea. (Yonhap)

SEOUL, Jul. 12 (Korea Bizwire) — For the past several decades, South Korea has achieved stellar economic performance on the back of prowess in key industries such as shipbuilding and chipmaking.

But faced with rising challenges from China and other major players, Asia’s fourth-largest economy is on the lookout for the next growth drivers to help fuel economic expansion.

Now it is time for the country to target the US$9.9 trillion global bio-health market, and it has the potential to outdo foreign rivals by meeting growing domestic and foreign demand for high quality medical services and goods, according to the country’s top health and welfare policymaker.

The country, regarded as a latecomer in the sector, has been able to pull off rapid growth in the bio-health field in a relatively short period of time, with local pharmaceutical companies accounting for two-thirds of the of the world’s output in four key second-generation biosimilar drugs in 2018.

This puts it in second place after the United States, with a capacity of 520,000 liters of biosimilars per year, the minister said.

“Such headway has been achieved because the country possesses world-class know-how in medicine, hospital management, data processing and has a vast pool of qualified personnel,” he claimed.

Data show that South Korea’s global market share in pharmaceuticals, medical equipment and cosmetics stood at 1.5 percent in 2017, putting the country in 12th place, with the share forecast to jump to 6 percent by 2030, Park said.

The minister said that in 2018 alone, the country’s bio-health technology exports in new drugs topped 5.3 trillion won ($4.5 billion), a fourfold increase compared to the previous year.

Last year, the bio-health sector’s exports stood at $14.4 billion. The government predicts it will reach $50 billion by 2030.

“There is a chance of two or three sizeable drug licensing deals being reached in the coming months with the total (value) for 2019 reaching upwards of 7-8 trillion won,” the minister said. 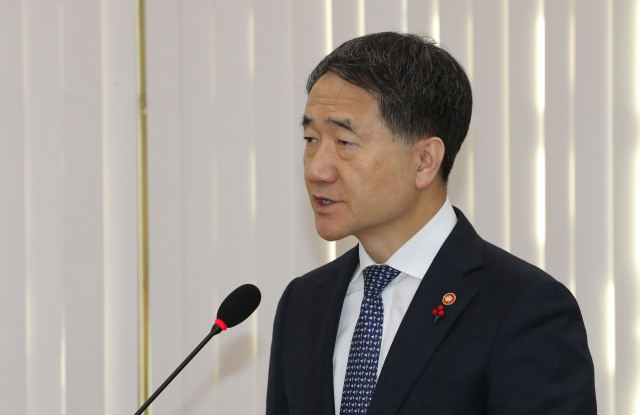 The rosy outlook for the country’s bio-health sector is also backed in part by the Moon Jae-in administration’s drive to nurture the segment as one of three key industries for Asia’s fourth-largest economy, along with system semiconductors and next-generation automobiles.

State-funded research and development expenditure in the bio-health field, currently at 2.6 trillion won, will be marked up by 4 trillion won every year up till 2025, with an additional 2 trillion won in policy financing in store for the sector over the next five years.

The funds will go into helping companies, creating a viable ecosystem and training expert personnel, the minister said.

Park said the country is building up the infrastructure for a “next-generation social security information system” aimed at helping doctors better treat patients, aided by the country’s information and communications technology.

“By using big data on medical records created over the years, as well as DNA information on individuals, the country is striving not only to improve the quality of medical services but to come up with more effective and customizable treatment methods,” the minister said.

The minister also said the Moon government is increasingly focusing on looking after people suffering from dementia.

Data showed that about 10 percent of people over 65, or 840,000 individuals, are expected to be diagnosed with degenerative disease by 2020, with the number reaching over 3 million, or 16 percent of the total, in 2050.

“A total of 256 dementia assistance centers are in operation across the country, diagnosing, counseling, managing patients as well as offering support for family members,” he said.

With the country taking charge of care for dementia patients, costs such as the premiums for long-term elderly care insurance will drop significantly, Park claimed.

The policymaker said that many foreign countries have expressed keen interest in the know-how of the Health Insurance Review & Assessment Service and the National Health Insurance Service, which are responsible for the efficient management of the country’s health insurance system.

Recently, South Korea inked a 17.2 billion won deal to set up a joint project with Bahrain to reform its national health insurance system called the SEHATI-IT Project, which will provide the Middle Eastern country with know-how in drug utilization as well as a health insurance information system.