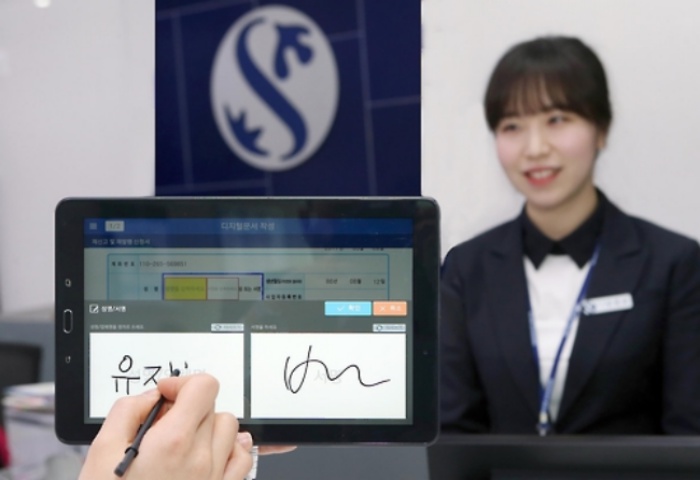 From today, all Shinhan branches will provide most banking services digitally, including applications for accounts and credit cards.

Shinhan’s bold move to replace paper with digital counterparts such as tablet PCs and digital pens comes after officials at the bank learned from a test run last year at 12 Seoul branches that teller counters with a digital application system are nearly twice more time efficient than traditional teller counters with paper forms.

One Shinhan Bank official said, “When you use digital application forms, the procedure of basic banking services takes as little as seven minutes, while it typically takes fifteen minutes to get the same thing done with paper forms.”

Shinhan’s new digital application forms will require a minimum number of signatures, which will save time for both the bank and its customers.

With a total of five signatures, you can open a new bank account and have a check card issued, compared to the twenty-four signatures required to do the same when using paper forms.

The digital forms will also highlight the important terms and conditions and feature a rearranged layout for better readability.