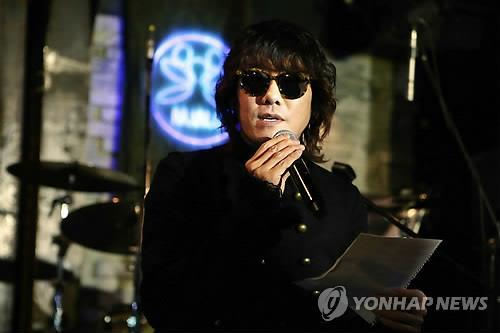 Kim was accused of smoking a cigarette one time on Thursday in a toilet of a Korean Air flight bound for Incheon International Airport, South Korea’s main gateway, after leaving France’s Charles de Gaulle Airport.

On Monday, the 50-year-old singer who is well-known for his donations to charity groups and other good deeds was summarily indicted on charges of violating the domestic aviation safety law and was fined 1 million won (US$921), the prosecutors said.

After a smoke warning alarm indicated there was a fire in the plane, flight attendants reportedly rushed to the toilet and kept him from smoking.

“I was under stress because my scheduled performance was recently canceled,” Kim was quoted as saying during recent police questioning.

“We did not formally bring him to justice considering the fact that he was a first offender and that he apologized right after being restrained by flight attendants,” a prosecution official close to the probe said.

As the news on his offense went viral online Tuesday, Kim made a public apology via social media.

“Although there were other circumstances, I don’t think there’s any excuse for my behavior. I’m sorry for doing what I did,” he said in a Facebook post.