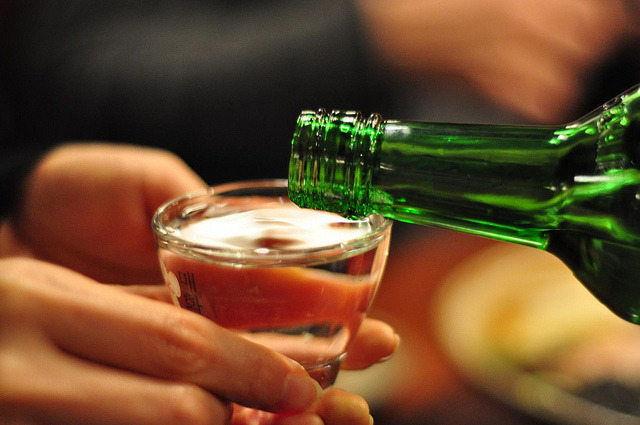 According to the study conducted by Koh Hyun-young of Samsung Medical Center, 546 out of 906 people, or 60.3 percent, said that they have drank alcohol after being diagnosed with cancer.

Only 39.7 percent of cancer patients said they stopped drinking, the study showed.

Noticeably, 27.1 percent of cancer patients were heavy drinkers, with men consuming seven glasses and women consuming five glasses of soju — a traditional Korean rice-based alcohol — more than once a month.

Several studies have linked alcohol consumption to a higher risk of numerous cancers, including breast, mouth and liver. The risk rises with the amount of alcohol consumed.

“The study shows that many cancer patients think one or two glasses of drinks are fine or consider drinking as part of their social life,” said Koh.

The research was published in Drug and Alcohol Dependence, an international journal devoted to publishing original research.