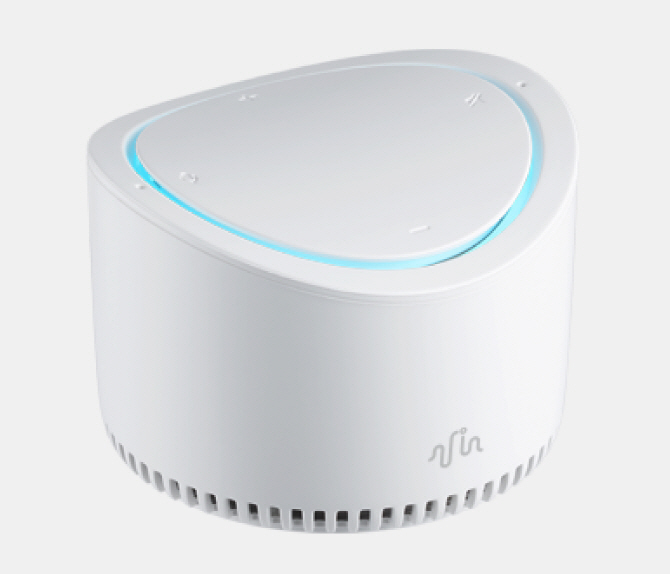 The battery capacity for the 219-gram device stands at 2,000mAh, which can be used for approximately four hours.

The mobile carrier has been selling some 150,000 units of the NUGU since September. SK Telecom said the NUGU Mini will boast the same features as the original, including music streaming, Internet-of-Things solutions, schedule management and weather alerts.

The NUGU platforms connect to SK Telecom’s cloud server, with the deep-learning technology allowing the device to provide customized services to users. Deep-learning refers to a process in which computers expand their intelligence capacities by accumulating data.

SK Telecom said its cloud server has accumulated some 130 million conversations made by users, helping the device better understand a wider scope of users, including children, who tend to have less accurate pronunciation.