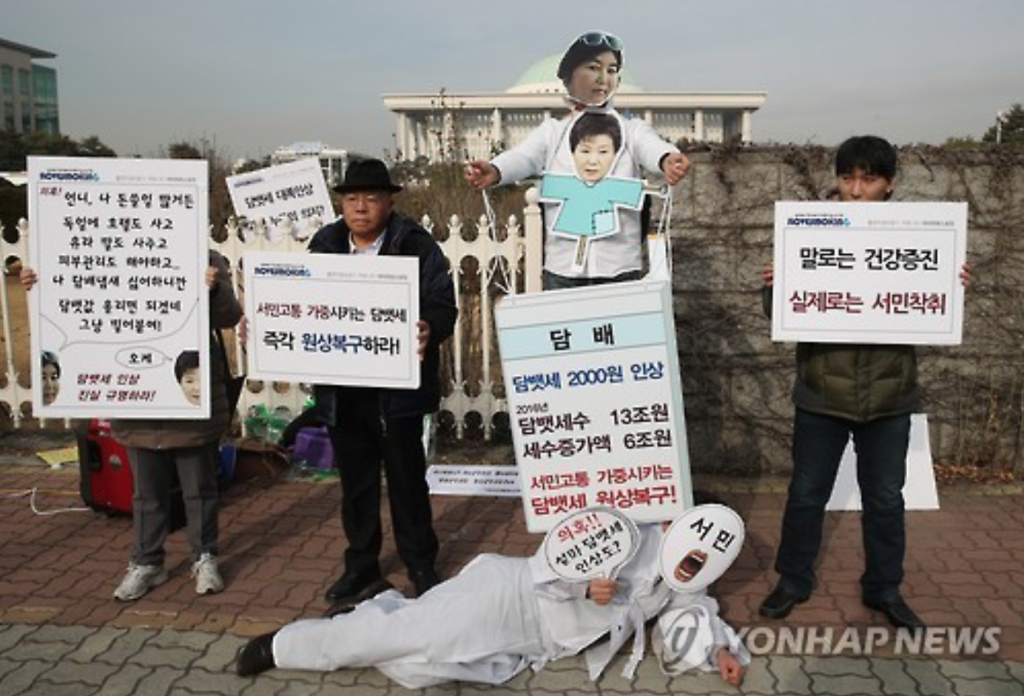 SEOUL, Dec. 8 (Korea Bizwire) – Members of the “I Love Smoking” group gathered outside the National Assembly building in Seoul Thursday demanding that the government repeal Korea’s cigarette price hike, which took effect in January 2015, and raised cigarette prices by 2,000 won ($1.76) per pack.

Protestors held pickets alleging that the tobacco policy may have been also influenced by Choi Soon-sil, the confidante of President Park Geun-hye, and one wore a mask of Choi while acting as a puppet master to a figure of the president. The protestors also argued that the tobacco tax hike was an exploitation of the working class, not a promotion of public health.

The Korean government collected a total of 10.5 trillion won ($9.06 billion) in tobacco taxes last year, according to official data, which was an increase of 3.6 trillion won compared to 2014. 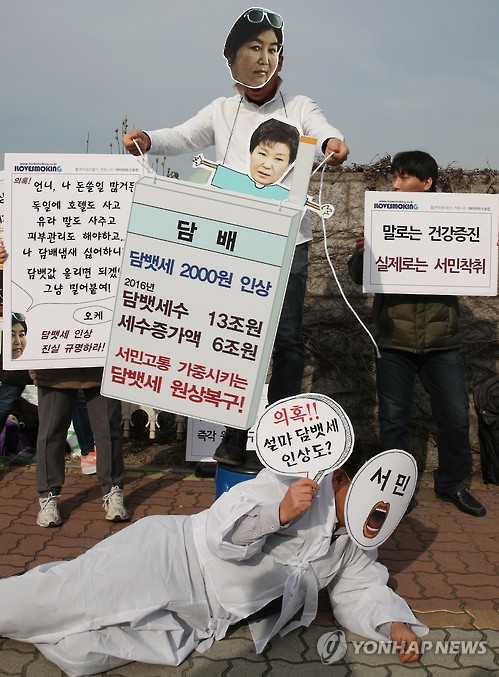 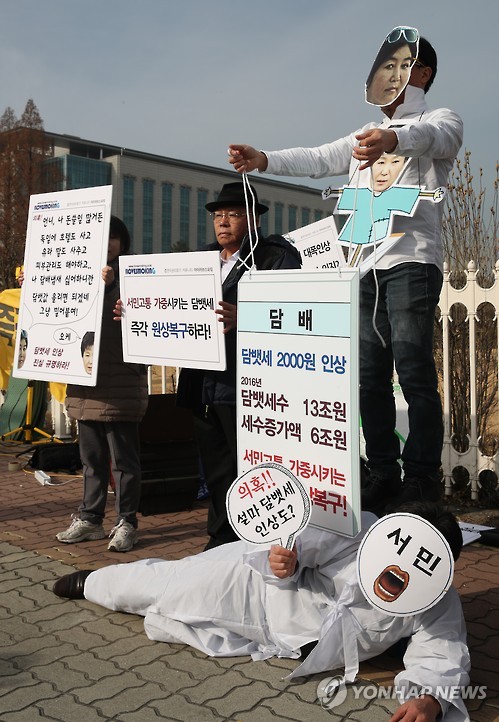