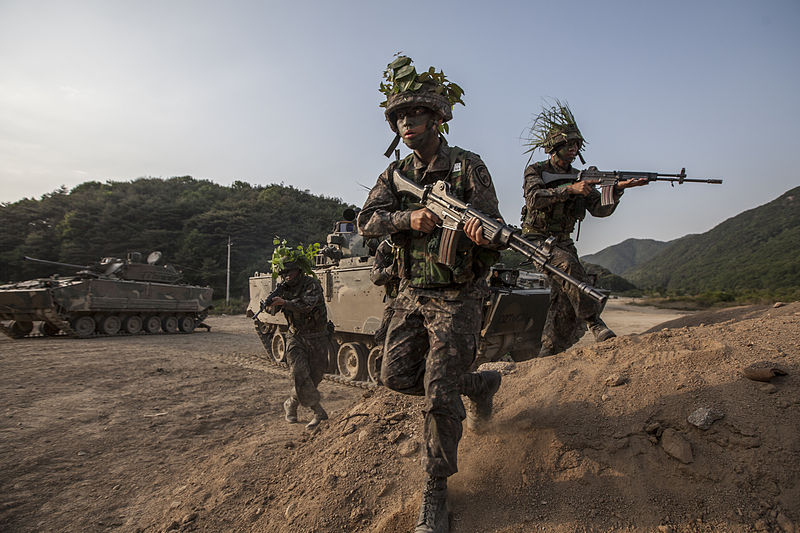 Many of the candidates pointed to late-night shifts as the main source of fatigue. (image: Wikimedia)

SEOUL, May 6 (Korea Bizwire) – A recent study has revealed that the average enlisted soldier’s fatigue level is equivalent to that of a patient with hepatitis C.

Experts are pushing for cautionary measures as extreme fatigue can become chronic, which could ultimately affect Korea’s ability to defend itself.

The research team, after conducting a survey of 300 enlisted soldiers from four army bases in the Seoul metropolitan area, found the fatigue level to be 3.72 (±1.05), a figure similar to that of hepatitis C patients (3.8). The team was led by professors Su-mi Choi from Seoul National University’s College of Nursing, and Eun-ji Choi from the Korea Armed Forces Nursing Academy.

The Fatigue Severity Scale (FSS), which is used globally to measure patients’ fatigue levels, was also used in the survey. The scale ranges from 1 – 7 with 7 being the highest.

“Considering the average age of candidates being 22 years old, 3.72 is a worrisome figure. Soldiers’ fatigue can affect our military strength as a whole, which is why we need to pay closer attention to the matter,” stressed the researchers.

Many of the candidates pointed to late-night shifts as the main source of fatigue.

Soldiers who worked on more than two shift duties showed higher stress levels (3.89) than those who didn’t (3.57).

The configuration of army barracks, in which almost a dozen soldiers share a single room, was another factor contributing to fatigue, as many soldiers reported suffering from lack of sleep. And although candidates slept an average of 7.08 hours every night, soldiers didn’t have access personal space for resting after long hours of training.

“Because military bases need to operate with limited personnel, many soldiers are pulling more than two shift duties. There is a clear need for a change to an environment in which soldiers can get proper rest without being disturbed,” said professor Choi.

The research findings were published in the latest edition of the Korean Journal of Adult Nursing.