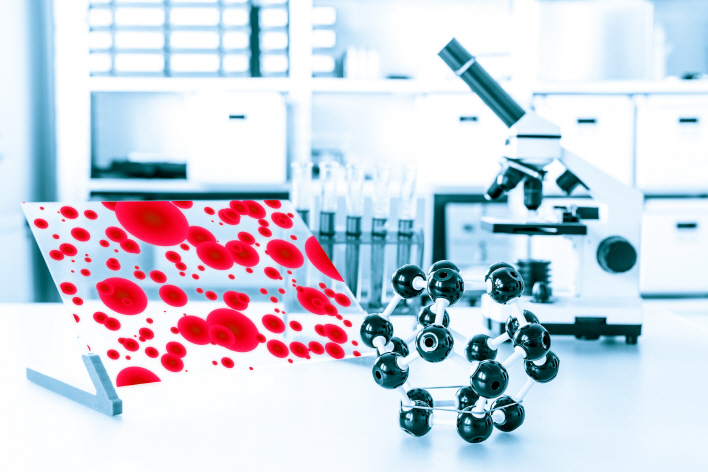 DAEJEON, March 24 (Korea Bizwire) – The Korea Basic Science Institute announced on Tuesday that it had developed a molecular compound ‘probe’ that creates fluorescent signals by reacting specifically to cancer tissue.

The oxygen density of cancer tissue areas increases along with the proliferation of cancer cells in the human body. Research is actively underway to develop a probe that generates fluorescent signals when it detects hypoxia.

However, the low tissue penetrating power and the low sensitivity of the fluorescent signal make it difficult to detect the accurate position of cancer tissue.

Taking this into consideration, the research team developed a near-infrared fluorescent probe that is activated to have a higher sensitivity in the state of hypoxia, thereby marking only on tumor tissue.

Through cell experiments, the research team found that the fluorescent signals of the probe amplify by more than 20 times in a state of hypoxia than when the density of oxygen is normal.

After applying the probe through intravenous injection in a cancer-inducing animal model, it was observed through a bio-optical imaging system that the probe had piled up on the cancer tissue, with the fluorescent signals being greatly amplified.