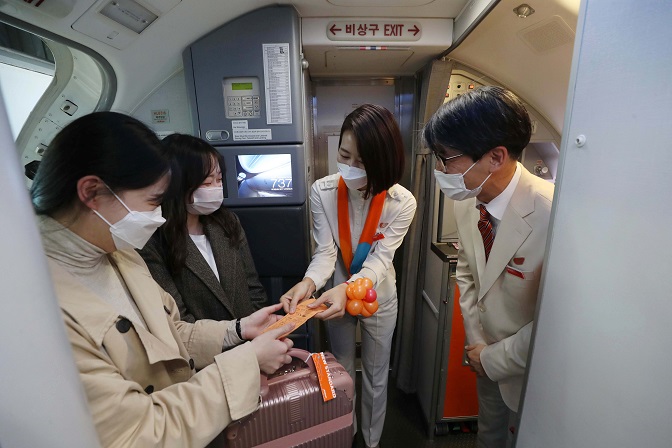 SEOUL, Nov. 20 (Korea Bizwire) — The South Korean government will allow international flight tours that involve passing through foreign airspace without landing until December of next year.

This new measure was set up for airlines, tourism agencies and duty-free shops struggling with the coronavirus.

The measure may be subject to early termination if the pandemic situation is resolved within the next 12 months. The government will also consider extensions if the situation continues.

An international flight tour refers to a new form of travelling that involves flying into a foreign airspace and returning to the airport of departure.

For disease control, the government will first open up Incheon International Airport for international flight tours.

According to flight plans submitted by the airlines, each airline plans to offer one or two international flight tours every week.

Participants will be exempt from a two-week quarantine or mandatory tests.

For efficient operation of immigration, however, potential travelers will be limited to South Korean nationals.

Travelers going on an international flight tour will be able to make duty-free purchases.

It is also estimated that if each passenger makes purchases of 50 percent of the duty-free limit, the resulting sales will total 42 to 90 million won.