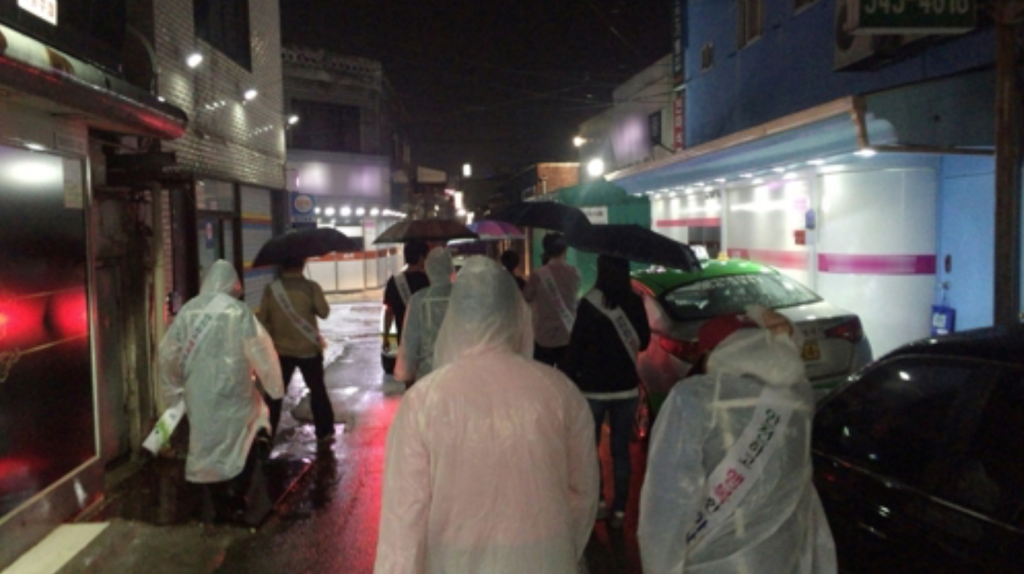 The city government has been running crackdown operations in the area since 2015 in partnership with the local police force. (image: Asan)

ASAN, South Korea, May 31 (Korea Bizwire) – The South Korean city of Asan has been offering a walking tour of the Rose Village – a cluster of narrow alleys of adult entertainment venues including brothels – in partnership with a local women’s rights counselling center.

According to officials, the most recent tours were attended by some 40 officials from a Seoul consultative group for building women-friendly cities, and its advocates, with a goal of raising awareness of prostitution and its victims, and ultimately dismantling the district.

The unique program begins by introducing the local sex entertainment scene, conducting a pre-survey on the participants’ knowledge of prostitution, and efforts made by the city to transform the area. The “tourists” then head out for an actual walk through the alleys, which is followed by a post-survey.

“Following last year’s programs, we continued the tour of the Rose Village this year, supported by the Women’s Human Rights Institute of Korea. They really did encourage businesses to close down voluntarily,” said Hyun Eun-sook, director of Asan’s women’s rights counselling center.

The city government has been running crackdown operations in the area since 2015 in partnership with the local police force, while its latest urban development plans include widening the roads nearby to pressure businesses to close down. The area that once had some 80 sex entertainment venues now has 19.

In March, the government also legislated an ordinance that supports women seeking to escape the sex industry, providing 1 million won ($889.76) in living expenses per month as well as a studio apartment for a year.

“We’ll continue the walking tours in conjunction with the new support program for victims of prostitution,” a city official said.