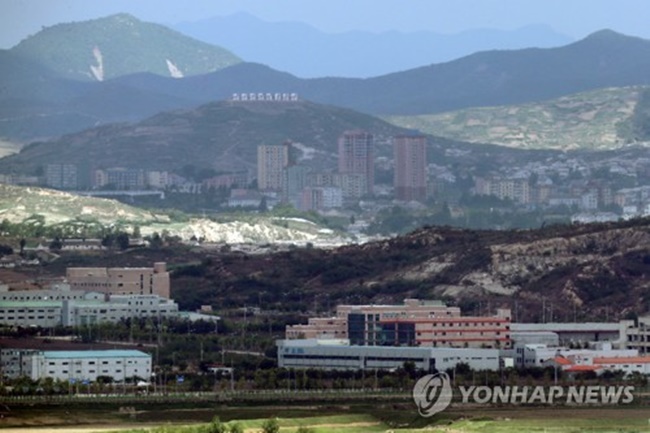 On Friday, the government said it will provide compensation to hundreds of domestic companies who suffered losses from investments in inter-Korean projects that were suspended due to political tension. (Image: Yonhap)

SEOUL, Nov. 13 (Korea Bizwire) – South Korean companies that operated factories at the now-shuttered joint industrial park in North Korea said Monday they will accept the tens of billions of won in compensation recently offered by the government, yet decided to seek additional support.

On Friday, the government said it will provide compensation to hundreds of domestic companies who suffered losses from investments in inter-Korean projects that were suspended due to political tension.

The plan includes giving 66 billion won (US$59 million) to firms that ran factories at the Kaesong Industrial Complex, once a token of inter-Korean economic cooperation. The complex was abruptly closed by the conservative Park Geun-hye administration in February last year in response to the North’s fourth nuclear test.

After holding a meeting, an association of the relevant firms said it had decided to accept the government plan, but added there should be further support measures. The group said it will deliver its stance to the government by Tuesday at the latest.

The companies, mostly manufacturing such labor-intensive goods as clothes and utensils, claimed that they suffered more than 1.5 trillion won in losses.

After its own survey, however, the government put the estimated damage at 786.1 billion won. It has already been doling out 517.3 billion won in reparations to the firms as a result of a decision made shortly after the shutdown of the industrial zone.

With the additional support, the ministry said, 74.2 percent of the losses will be covered.

Seoul’s unification ministry said that the government plans to hold a meeting soon to approve the provision of the compensation. The use of state funds on inter-Korean cooperation requires the green light from a committee consisting government officials and civil experts.

The government also plans to help local firms involved in other inter-Korean projects that have suffered losses from the 2008 suspension of a joint tour program at Mount Kumgang and Seoul’s 2010 sanctions on Pyongyang following the North’s sinking of a South Korean warship.