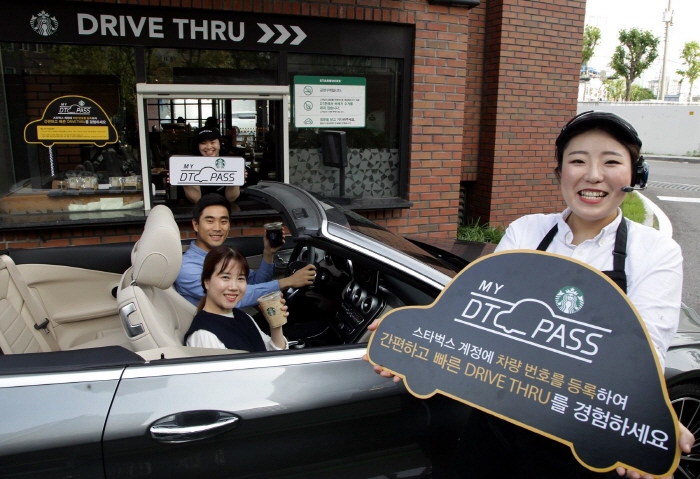 SEOUL, Jun. 4 (Korea Bizwire) — Similar to the “High Pass” system employed on highways, allowing cars to automatically pay tolls, a Starbucks version is in the works.

Starbucks Korea revealed today that it was implementing its “My DT Pass” system for the first time in the world via Korea’s drive-through coffee shops.

As such, the new system makes it possible for consumers to drive away after accepting their coffee products without having to physically pay for them.

When a pre-registered vehicle enters the drive-through zone, the system identifies the vehicle’s license plate, allowing a Starbucks barista to check the customer’s nickname, order, and use of coupons.

A spokesman for Starbucks said that a simulated test showed 13 to 15 seconds were reduced per car in a drive-through line. This would mean that the entire wait time could be shortened by 10 percent.

The service will be initially available at 11 stores in Seoul, and will be expended to 140 stores nationwide by August.