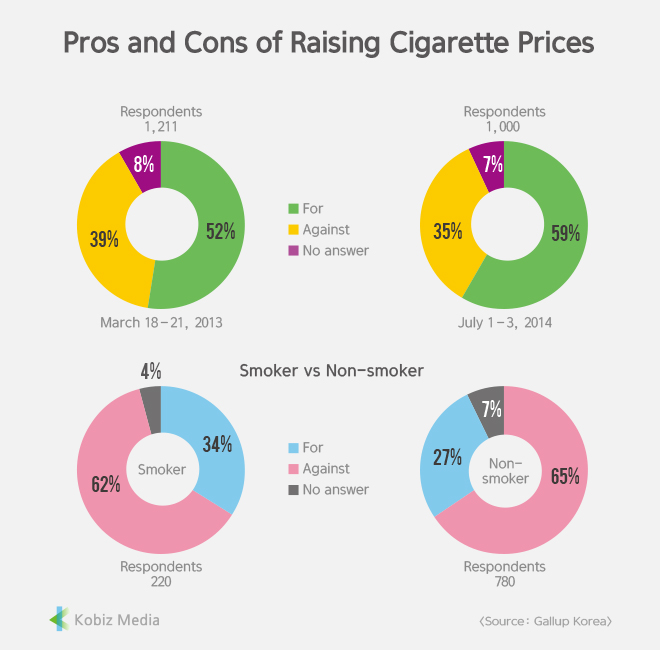 A survey revealed that 59 percent of Koreans were in agreement over the government’s plan to raise the cigarette prices.

[Related Article] More than Half of Koreans Give Nod to Raising Cigarette Prices (Korea Bizwire, July 11)