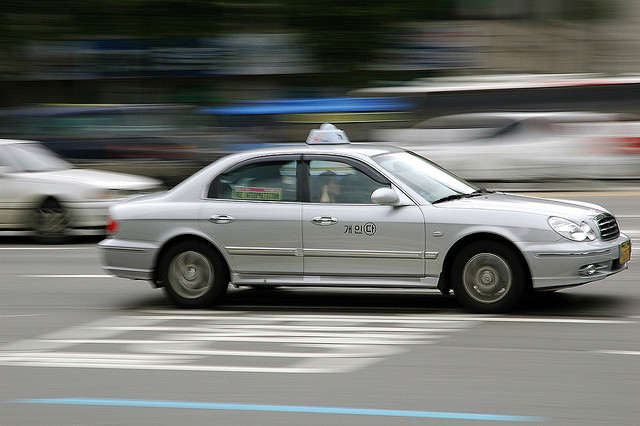 Recently, the taxi service industry got together to come up with a new service offering in response to Uber’s encroachment.(image:Doo Ho Kim/flickr)

SEOUL, Dec. 9 (Korea Bizwire) — It is by now a well-known fact that Uber has stepped on so many city officials’ toes by launching taxi services in major cities across the world. In Korea as well, the Ministry of Land, Infrastructure, and Transport and the Seoul city government tried to stop the service by declaring it as illegal under the current law. To this Uber responded by offering a new service called “Uber Taxi.” Some consumers in Korea welcome Uber as it provides such a convenient service at reasonable prices.

Recently, the taxi service industry got together to come up with a new service offering in response to Uber’s encroachment. For example, the taxi operators try to improve their service quality by agreeing not to charge rip-off fares and not to deny passengers going to certain destinations. Even some taxi companies give back a small percentage of the fare through a smartphone app. Now some other taxi service operators have introduced a scheme to offer a free ride for every ten fare rides.

Called the “coupon call taxi service,” it works like this. Just like in some specialty coffee shops, taxi drivers add a small stamp on a piece of business card-like paper every time the customer rides a taxi. The member taxis that accept the coupon scheme are currently running busy business districts in Seoul including Myung-dong, Eulji-ro, Yeoksam-dong, Cheongdam-dong, Samseong-dong, Sangam-dong, and Gasan Digital Zone.

The service is now applicable only to long-distance passengers as it is not profitable to extend the offer to short-distance customers. No matter what kind of new services is offered to taxi customers, the things they want more would not change, including honesty, safety, and politeness. It remains to be seen how the coupon call taxi will be received by customers.