SEOUL, May 2 (Korea Bizwire) — Tech giants from home and abroad are battling to garner a larger slice of the South Korean market for cloud computing solutions, industry watchers said Monday, as local demand for the services is expected to grow sharply down the road.

The South Korean market for cloud computing solutions is expected to reach US$1.2 billion in 2019, up from the $540 million posted in 2014, according to the data compiled by industry tracker Gartner Inc.

Cloud computing solutions allow users to access their photos, documents and other content saved on servers through smartphones and PCs. The service has been gaining popularity around the globe, especially at the office, as it cuts down on costs. 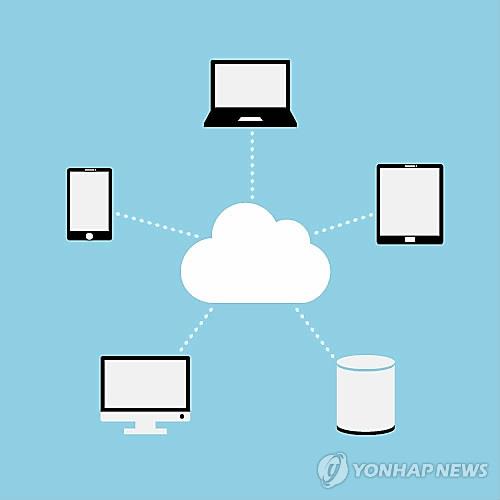 In January, U.S. tech giant Oracle Corp. held a large-scale cloud computing conference in Seoul to tap into the fast-growing South Korean market. Oracle currently has around 70 million users through its clients in its cloud computing segment around the globe.

Microsoft Corp. also plans to kick off a cloud computing conference in Seoul next month, inviting developers and engineers to share their experiences related with the technologies.

Amid the influx of overseas players eying the South Korean market, local firms are also rolling out full-fledged efforts to take the lead in securing the new growth engine, with some even eying overseas markets.

KT Corp., the country’s top fixed-line network operator, kicked off a data center in Los Angeles in February. The company plans to open one more in the U.S. during the second half of 2016.

LG CNS Co., an IT affiliate of LG Group, is also operating data centers not only in South Korea but in the U.S., Europe and China as well.

“As the local market for cloud computing services is beginning its full-fledge growth following the influx of global players, the competition will also intensify,” an industry insider said. “Accordingly, local players must focus on their distinctive services for survival.”