SEOUL, May 6 (Korea Bizwire) — Global tech companies, which are making huge profits in South Korea, have been criticized for their behavior in the local market, by failing to comply with domestic policies or excluding the country from major services.

The lawsuit asks a Seoul court to confirm that Netflix is not obliged to pay for the operation, expansion, and use of South Korean networks to Internet service providers (ISPs), which receive fees from customers.

However, according to the guidelines for network use contracts prepared by the Korea Communications Commission, Netflix has to pay according to the amount of traffic it generates on local networks.

Local content providers, such as Naver Co. and Kakao Corp., pay tens of billions of won in network usage fees every year.

However, since guidelines requiring companies to pay for network use are not legally binding, Facebook alone pays a relatively small amount of money for network fees. Netflix, along with other global tech companies such as Google Inc., pay nothing at all.

To make matters worse, not only are certain global tech companies neglecting Korean policies, but they are ignoring Korean customers and users. 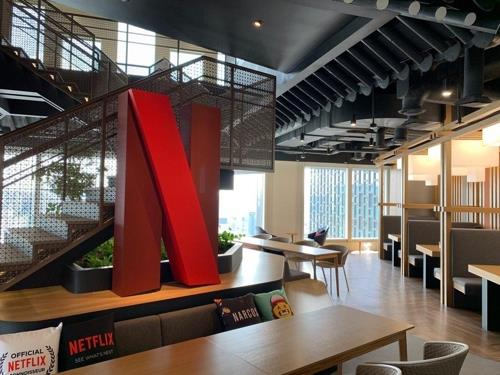 Google’s YouTube video service launched a COVID-19 news portal to prevent fake news in 16 countries as the virus spread in the U.S. and Europe on April 19.

However, when fake news became a problem as the coronavirus spread rapidly in South Korea, no action was taken. The country was also excluded from the service list of the COVID-19 news section, which was belatedly established.

In some cases, domestic users suffer discomfort as Google applied U.S. policy to all of its services.

Google and Apple Inc., which control “app marketplaces,” will only unveil apps made by the government and medical institutions to follow the U.S. government’s policy.

However, Google and Apple have suddenly blocked Korean private apps such as “Corona Map,” which helped prevent the spread of coronavirus here.

On the other hand, native app marketplaces separately provided coronavirus-related apps for the convenience of users.

Critics point out that related policies need to be supplemented to rein in these global tech companies, which collected trillions of won in profits in South Korea alone last year but have closed their eyes to domestic policies and consumer convenience.