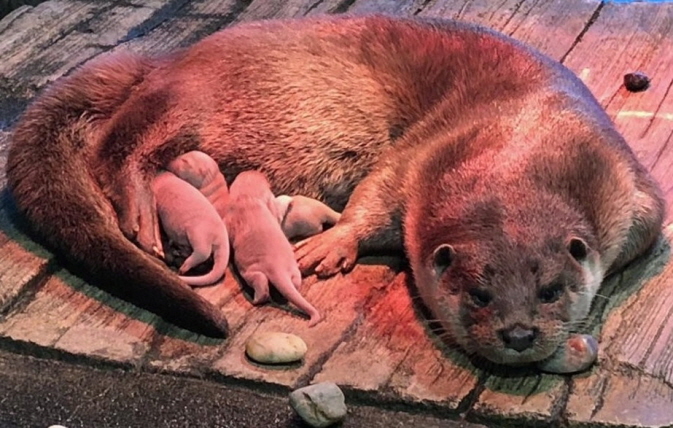 GANGNEUNG, Aug. 27 (Korea Bizwire) — There was an unprecedented event at Gyeongpo Aquarium in Gangneung, Gangwon Province, where an otter recently gave birth to three babies.

According to the aquarium, the baby otters born on July 12 to Korean otter couple Daro and Dami are safely through the post-natal dangerous period and growing up healthy. 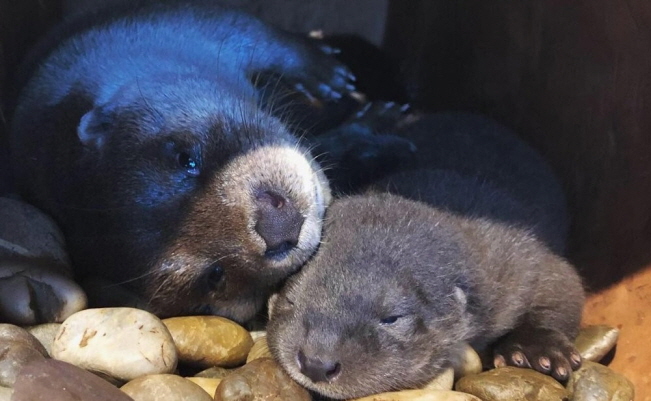 The mother otter moves around with her babies in her mouth, and is teaching them how to walk, swim and catch food.

“Most otters in South Korea give birth to one or two babies, while Daro and Dami gave birth to two males and one female”, the aquarium said. 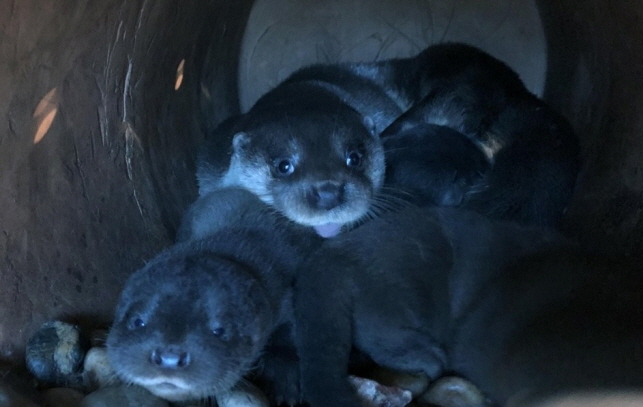