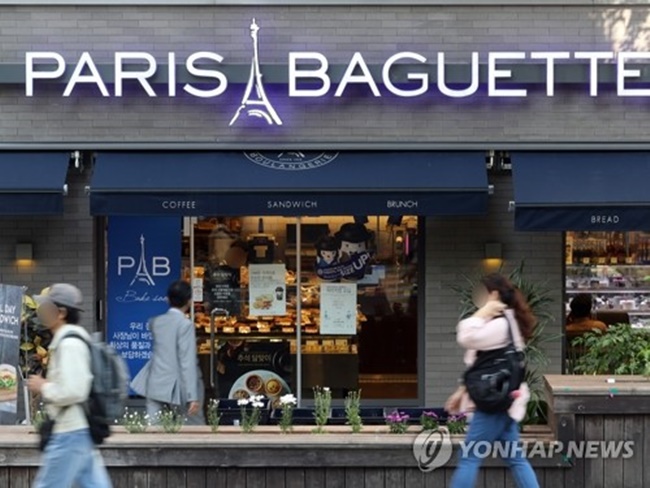 The Ministry of Labor and Employment has given Paris Baguette a correction order to recruit 5,378 employees at 3,396 franchise stores who currently work for the franchise’s subcontractors, it said in a statement. (Image: Yonhap)

SEOUL, Sept. 21 (Korea Bizwire ) – The government ordered South Korea’s biggest bakery franchise Thursday to directly hire over 5,000 outsourced bakers and staff members at its franchisees, as it has breached the labor law that forbids a franchiser from training and supervising contracted workers.

The Ministry of Labor and Employment has given Paris Baguette a correction order to recruit 5,378 employees at 3,396 franchise stores who currently work for the franchise’s subcontractors, it said in a statement.

The ministry launched an audit on the bakery chain and temp agencies contracted with it in July, aimed at inspecting the employment status of non-regular workers, including temporary and contracted positions.

It also found that the subcontractors who initially hired these employees are behind on their overtime wage payments worth 11 billion won (US$9.7 million).

The ministry ordered them to pay the overdue wages or face a penalty.

The government said Paris Baguette violated the rule that bans a franchiser from managing outsourced employees, based on the fact that they are employed by the subcontractors that provide manpower to the franchise company.

The inspection found, however, that the bakery chain not only trained them but also applied a set of evaluation standards to assess their work performance.

“That is a clear violation of law — the franchiser has acted as their employer by providing instructions and consistent supervision,” the ministry said.

The ministry also ordered Paris Baguette to pay these employees 2.47 billion won for various benefits and allowances that have not yet been paid.

The company said it is “perplexed” by the decision, adding that it is going to consider possible legal options against the government measure.