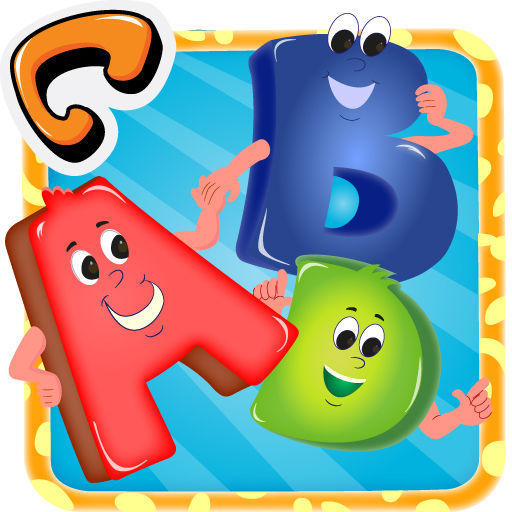 The game designers at Chifro have again come out with a thoughtfully crafted app which invites every kid to explore the world of alphabet at their own pace and then co-create a montage of art-work. (image: Chifro Studios/ PR Newswire)

NEW DELHI, India, June 23, 2014 (Korea Bizwire)–After trending on Android for over a month, Chifro Alphabet is now live on Apple and is trending in more than 100 countries in the games and education category.

The alphabet app continues the tradition of game-based design which has come to characterize the apps created by this studio. The user is immersed into the world of a particular alphabet and asked to complete the collage of objects related to that alphabet.

The game designers at Chifro have again come out with a thoughtfully crafted app which invites every kid to explore the world of alphabet at their own pace and then co-create a montage of art-work.

Building upon its constructivist approach, ‘kids alphabet’ encourages children to look at the alphabet in their world with a fresh perspective thus fostering deeper neural connections. This is meant to provide a strong scaffolding to the subsequent word-building process in their mind.

This application is a practical implementation of personalized learning after an intensive analysis of learning modes, moods, and preferences of its learners. The learners themselves are also given the chance to learn as per their cognitive levels and preferences.

Chifro ABC: Kids Alphabet Game focuses on teaching alphabet to 2-6 year old kids by using puzzles, animation, and phonic voice-overs as the learning tools. A quaint, musical rhyme has also been thrown in for the delight of the learners. However, they reinforce their learning while getting amused through this rhyme.

Learning of alphabet takes place in a manner that can be experienced differently by different learners. This application also allows children to choose their preferences while learning their alphabet. Hence, a child can trace a “W” before an “A.” Infinity is therefore the boundary of learning when it comes to the alphabet of the English language.

Chifro has emerged as a global brand in learning app design for kids, combining game play and immersion to craft superior learning.

Popular in more than 100 countries, Chifro apps have now been downloaded over 4 million times.

Founded in 2013, Chifro Studios believes in crafting experiences on mobiles and tablets which are both fun and engaging as well as enhance learning. Learners are encouraged to explore new worlds of creative and critical thinking and are motivated through immediate feedback and goal alignment.