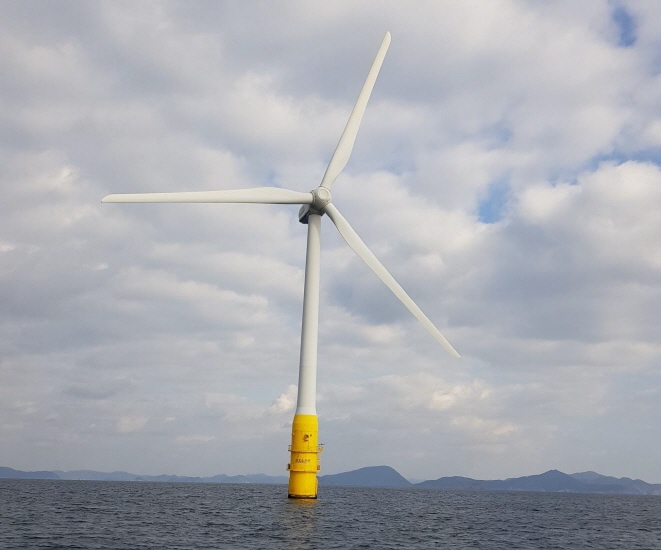 ULSAN, Aug. 13 (Korea Bizwire) — The city government of Ulsan has chosen the shores off Seosaeng-myeon as the optimal location to install floating wind turbines for a trial run for the first time in South Korea.

The city has decided to test an offshore wind farm next year as part of a new innovative growth project.

Ulsan officials say that the coastal region of Seosaeng-myeon is the perfect location to install floating wind turbines and construction of the wind turbines is expected to begin after authorization is obtained from Ulju-gun authorities.

So what makes the region so suitable for wind turbines?

According to academics and industry experts alike, the Seosaeng-myeon area boasts average wind speeds of 8 m/s, which is appropriate for generating wind power.

Moreover, the quality of the wind there is better than anywhere else in the nation.

Another factor that makes Seosaeng-myeon a great location for wind power generators is the fact that its waters fall within the appropriate water depths of between 50 to 150 meters.

The shores of the nation’s west coast are much shallower, making them more suitable for utilizing traditional fixed-bottom wind turbine technology.

The floating wind turbines that Ulsan is planning to build will have a capacity of 750 kW, which is enough energy to power 1,500 households.

The project will be carried out by Mas Tec Heavy Industries Co. with assistance from engineering companies Unison and Seho Engineering Co., while the University of Ulsan will also play a role in the project.