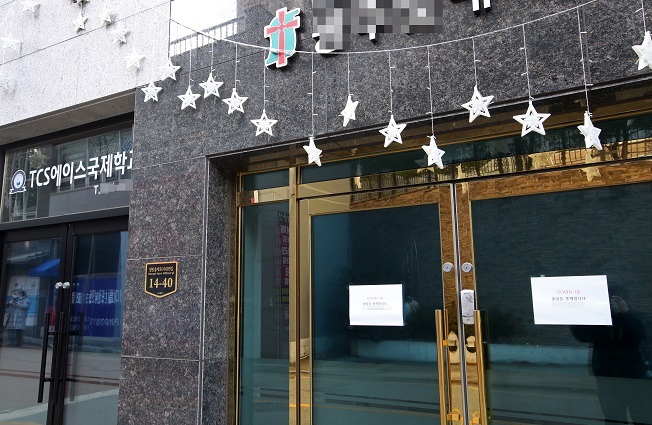 No-entry signs are placed on the entrance of the TCS Ace International School, a missionary training in Gwangju, 329 kilometers southwest of Seoul, which saw a new coronavirus outbreak over the weekend, on Jan. 25, 2021. (Yonhap)

SEOUL, Jan. 29 (Korea Bizwire) — The concept of compulsory education as stipulated by South Korea’s Constitution is being subject to heated discussion following a massive outbreak of coronavirus infections at the TCS Ace International School in the southern city of Gwangju, which turned out to be lacking any government certification.

Despite the legal requirements, some parents choose to send their children to uncertified institutions like alternative schools or religious educational facilities like TCS Ace International School based on their religious beliefs, demand for character-building education or that of the English language, or their disenchantment with the current public school system.

“We tracked down long-term elementary school absentees last year and discovered that there are at least 21 uncertified education institutions in Gwangju,” said an official from the Gwangju Metropolitan Office of Education.

Education authorities, however, argue that enforcing penal measures (fines of up to 1 million won (US$894)) against these parents is more difficult than it sounds.