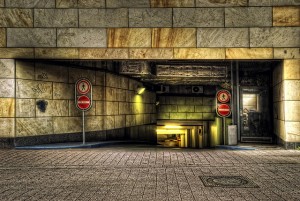 SEOUL, Korea, Dec 09 (Korea Bizwire) – The lights in the underground parking lots of apartment housings in the city of Seoul must be on 24 hours a day. They were also mostly fluorescent lights up until recently when the city government started changing the fluorescent lights into economic LED lights. From 2012, the city successfully replaced the fluorescent lights in 360 underground parking lots of apartment housings to eco-friendly LED lights, which led to savings of 61,320Mwh of electricity (savings of 8 billion KRW), and reported that it was equivalent to the amount of electricity used by 16,000 households each year.

So far the city of Seoul has been able to complete the replacements in 10% of total 3,640 apartment housings’ underground parking spaces and is planning to increase that number to 30% next year. As an excellent example, an apartment housing in Yangcheon-gu, Seoul replaced the entire existing 400 lights (incandescent 45W) in April this year and has been able to collect all of the seven million KRW that was invested. With the recent success, it is now also expecting that it will be able to save 10 million KRW every year starting next year.

In order to increase benefits of such make-over, the city of Seoul is planning to hold educational seminars and encourage the residents to even organize promotion teams. These are all an attempt to alleviate the discomfort that can be felt by the residents during the transition some of who might be hostile to the idea of change.

The city of Seoul is also planning to continue its “Direct Visiting and Trading of LED Lights” in 2014 in conjunction with Green Consumer Network in Korea.  Through this campaign, the citizens can buy LED lights at prices 35% lower than the market prices. The lights sold even include a variety of home-use LED lights that are easy to handle for users.

The city of Seoul has also come up with plans to make this a regional movement and even pay incentives so that it can lead more citizens to participate. It is certain that the city of Seoul is very enthusiastic about the plans to encourage the use of LED lights by its citizens.