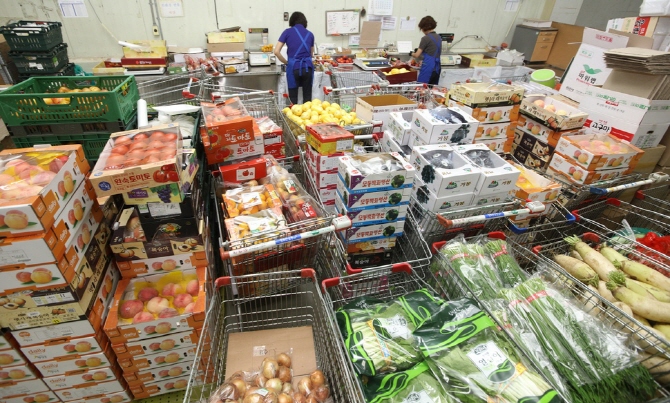 Prices of 21 vegetables jumped 15.1 percent as of Aug. 10 compared with a week ago, the Korean Consumer Agency (KCA)’s price chart showed.

Prices of cabbage skyrocketed 83.5 percent over the period, showing the biggest rise of all, followed by cucumbers at 48.9 percent.

In contrast, the prices of onions, carrots and sweet potatoes fell slightly over the cited period.

The prices of fish checked by the agency increased 3.3 percent compared with a week ago as warmer water temperatures affected the marine environment and the total haul, the KCA said.

The Ministry of Agriculture, Food and Rural Affairs said it will come up with support measures to stabilize food prices, including more financial aid to farmers and livestock breeders. It will also increase the supply of pesticides.