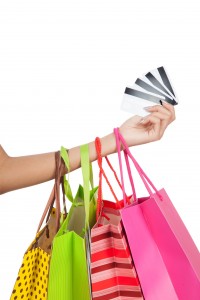 Sales generated by customers who spend more than 20 million won (US$18,025) a year jumped 21 percent on-year in the January-November period, according to the data from Galleria, a high-end Gangnam department store that sells mostly luxury brands.

Lotte Department Store, the flagship of retail giant Lotte, also saw sales by its biggest-spending customers, who spend over 100 million won each year, grow 14.1 percent on-year in the January-October period. The increase is more than three times the average growth in all customer segments.

Sales of luxury brands have also been on the rise, supported by wealthy shoppers.

Sales of luxury fashion, jewelry and watch products at Lotte Department Store jumped 13.4 percent on-year in the first 11 months of the year, nearly twice the 7.3-percent growth in all product categories.