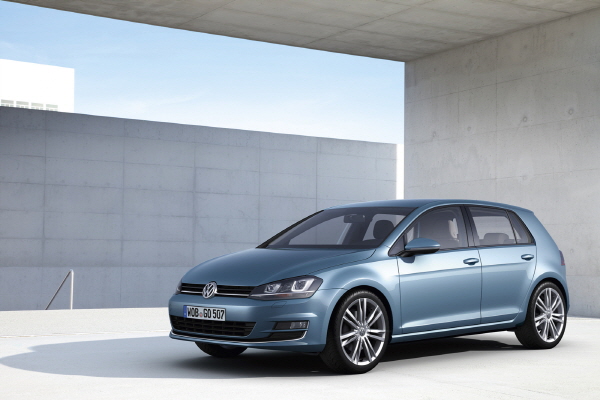 Volkswagen sold 7,238 units of the Golf in South Korea for the whole of last year, soaring 24 percent on-year to surpass Hyundai’s 6,644 units, according to industry data. This marks the first time for Hyundai’s i30 to lag behind its competitor since it was launched in 2007.

As opposed to the sales jump for Volkswagen’s hatchback model, the i30 has not been able to capture its domestic market. Since 2008, sales of the i30 has been tumbling, having plummeted by more than a fourth of the 30,127 units that were sold in 2008, according to the data.

Hyundai’s loss to its competitor was due largely to a change in the car market trend here, with consumers starting to feel that overseas brands are not an all-out luxury out of their reach.

“Although the hatchback segment is viewed here as a niche market, the fact that a foreign brand, such as the Golf, outpaced sales of a local brand is quite significant,” an industry official said. “Just about a decade ago, purchasing a foreign brand was seen as an act of betrayal, but now imported cars account for a major portion in some of the car segments.”

Hyundai has been investing more of its efforts into pulling up its model’s fuel efficiency in order to go head-to-head with the rivaling Volkswagen Golf.