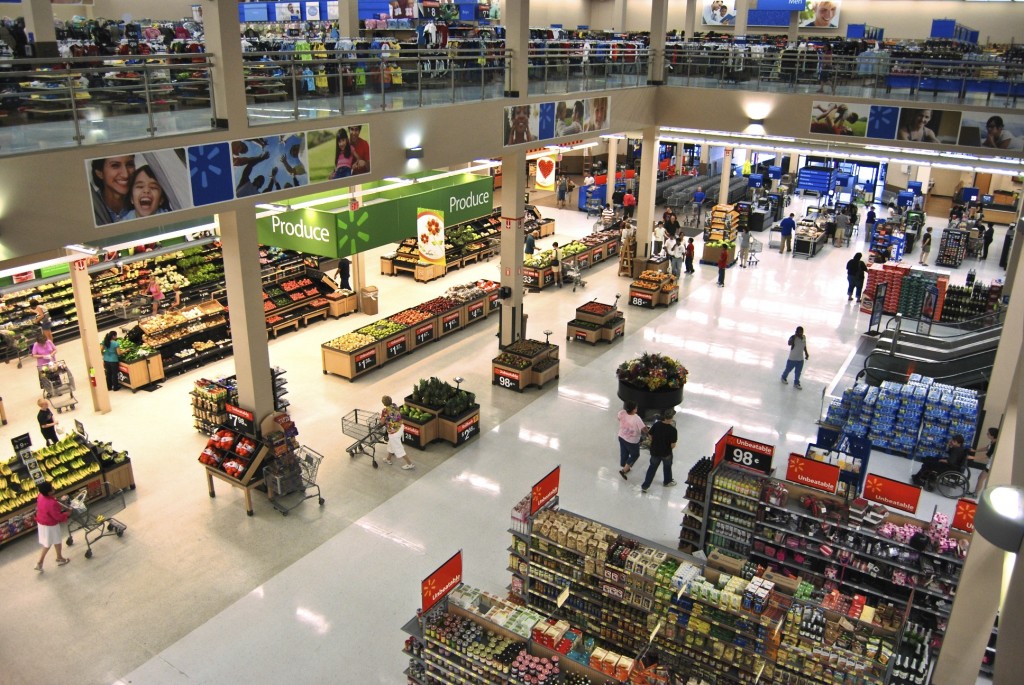 BENTONVILLE, Ark. April, 9, 2014 (Korea Bizwire)–Walmart announced plans today to purchase energy-efficient LED ceiling  lighting fixtures for new supercenters in the United States, stores in  Asia and Latin America, and Asda locations in the United Kingdom. The  new fixtures will use 40 percent less energy than lighting sources  historically used in stores, and will help further the retailer’s goal  to reduce the kilowatt hour (kWh) per square foot of energy required to  power Walmart’s buildings globally 20 percent by 2020. This is Walmart’s  largest purchase of GE LED lighting to date, and the most recent example  of leadership from Walmart and GE to find and scale innovative,  energy-efficient lighting solutions.

“We have worked to find and scale energy-efficient LED lighting  solutions that are cost effective and high quality, and now working with  GE, we’re paving the way to make this a mainstream solution for the  retail industry,” said Doug McMillon, president and chief executive  officer of Wal-Mart Stores, Inc. “LEDs have become an integral part of  our energy efficiency model for our stores and play a key role in  achieving our overall sustainability goals. Just as important, the  energy cost savings coming from these innovations will help us maintain  the low prices our customers depend on us to provide.”

With the main sales floor lighting representing approximately 90 percent  of the total lighting usage in each building, this implementation will  reduce energy use per store by more than 5 percent in the U.S. alone.  The lights have a longer life span than traditional lighting fixtures  and also offer significant savings in maintenance costs.

Installation of the new GE LED ceiling lighting will kick off this month  at Asda, Walmart’s business in the U.K. In 2014 alone, Walmart and GE  project overall new stores and lighting energy savings compared to prior  lighting fixtures to total as follows:

“We’ve had a long and successful relationship with Walmart, increasing  our environmental efforts together,” said Jeff Immelt, GE Chairman and  CEO. “A leader in seeking energy efficiency in the retail industry,  Walmart’s energy-conscious focus allows the company to attain a  substantial cost savings in electricity. We value our longstanding  relationship with Walmart and are proud to work with them in reducing  their environmental impact.

Walmart and GE have a rich history of collaborating to develop lighting  products to meet Walmart’s needs. Walmart pioneered the use of LED  systems in the retail setting and was an early adopter of LED signage in  2003. In 2005, Walmart worked with GE to install what is believed to be  the first major rollout of an LED freezer case. Additionally, Walmart’s  store parking lots in the U.S. and abroad were among the first in the  industry to switch to LED lighting fixtures.

The move to LED ceiling lighting in the U.S. is expected to produce an  energy savings of 340,000 kilowatt hours per store – equating to more  than $34,000 in savings per year in each store (figured at 10.13 cents  per kWh1). With 200 new Walmart stores adopting the new GE  LED ceiling lighting over the next two years, this amounts to a total  energy savings of 620 million kWh over the next 10 years — savings  Walmart expects to pass on to its customers through its everyday low  prices.

This expected total energy savings over the next ten years is equal to  eliminating 327,360 metric tons of carbon dioxide emissions — or the  annual greenhouse gas emissions from more than 68,000 passenger vehicles  or the energy use of nearly 30,000 American homes for one year.2

The decision to install GE LED lighting results from a pilot program at  Walmart’s first all-LED supercenter in South Euclid, Ohio, that was  launched in October 2013. This pilot allowed the company to gauge the  quality and efficiency of the GE lights and determine the return on  investment with LEDs. Featured in the stores will be a variety of GE  lighting technologies, with the Lumination™ IS Series Luminaires being  prominently used in the ceiling application. These fixtures are also  part of GE ecomagination, the company’s commitment to technology  solutions that save money and reduce environmental impact.

This increase in LED lighting installations in Walmart stores throughout  the world supports the company’s broader energy efficiency goals. As  another example, Walmart has undergone a program to replace current T5  fluorescent lights with LEDs throughout its distribution center network.  This effort, combined with the installation of more efficient liquid  circulation pumps for some refrigeration systems, led to a decrease of  more than 30 million kWh and a savings of more than $2 million. The full  retrofit of LEDs in the distribution center network is expected to be  complete in 2016.

Wal-Mart Stores, Inc. (WMT) helps people around the world save  money and live better – anytime and anywhere – in retail stores, online,  and through their mobile devices. Each week, more than 245 million  customers and members visit our 11,302 stores under 71 banners in 27  countries and ecommerce websites in 10 countries. With fiscal year 2014  sales of over $473 billion, Walmart employs more than 2 million  associates worldwide. Walmart continues to be a leader in  sustainability, corporate philanthropy and employment opportunity.  Additional information about Walmart can be found by visiting http://corporate.walmart.com  on Facebook at http://facebook.com/walmart  and on Twitter at http://twitter.com/walmart.  Online merchandise sales are available at http://www.walmart.com  and http://www.samsclub.com.

GE (GE) works on things that matter. The best people and the best  technologies taking on the toughest challenges. Finding solutions in  energy, health and home, transportation and finance. Building, powering,  moving and curing the world. Not just imagining. Doing. GE works. For  more information, visit the company’s website at www.ge.com.

GE Lighting invents with the vigor of its founder Thomas Edison to  develop energy-efficient solutions that change the way people light  their world in commercial, industrial, municipal and residential  settings. The business employs about 13,000 people in more than 100  countries, and sells products under the Reveal® and Energy Smart®  consumer brands, and Evolve™, GTx™, Immersion™, Infusion™, Lumination™,  Albeo™ and Tetra® commercial brands, all trademarks of GE. GE works on  things that matter to build a world that works better. For more  information, visit www.gelighting.com.